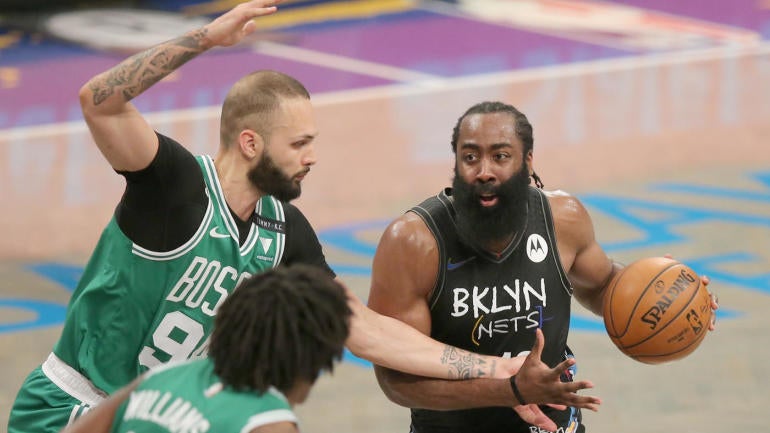 The first round between the Brooklyn Nets and Boston Celtics was not expected to be very competitive, and the first two games have not been there. Kevin Durant and Co. jumped to a 2-0 lead by winning the first two games with double digits, including a 22-point destruction in Game 2.

Now the series is shifting back to Boston, where the Celtics hope to avoid a sweep. But given how easy it has been for the Nets for most of this matchup, it’s hard to imagine a different outcome. The Celtics just don’t have the talent to match up with three future Hall of Famers, especially Jaylen Brown due to an end-of-season wrist surgery.

Ahead of Game 3, here’s everything you need to know:

Nets: Heading into this series, the big three of Kevin Durant, James Harden and Kyrie Irving of the Nets had only played eight games together. After two more times against the Celtics, it’s easy to see why they are the current favorite to win the title. Each of these players is capable of committing an offense themselves; three of them together is almost unstoppable. The only negative for the Nets after the first two games is that Jeff Green went down with a foot injury and will be out for at least 10 days.

Celtics: After the Celtics won the play-in game against the Wizards and were locked in a first round with the Nets, head coach Brad Stevens said it was hard to watch Brooklyn lose. In any case, his words have proved true so far. The Celtics just don’t have the offensive firepower to keep up with the high-scoring Nets, especially as Jayson Tatum struggles like he did in the first two games. And if an average of 15.5 points on 27.5 percent shooting wasn’t bad enough, Tatum had to leave Game 2 early after being stabbed in the eye by Durant. He’s probably playing in Game 3.

That the Nets are 7.5-point favorites on the road in Game 3 is a nice indication of the gap between the two teams. We take the nets, they are simply better. Select: Nets -7.5

The New Prince of Tennis: Hyōtei vs. Rikkai Release date, preview, cast, plot, summary and where to watch?