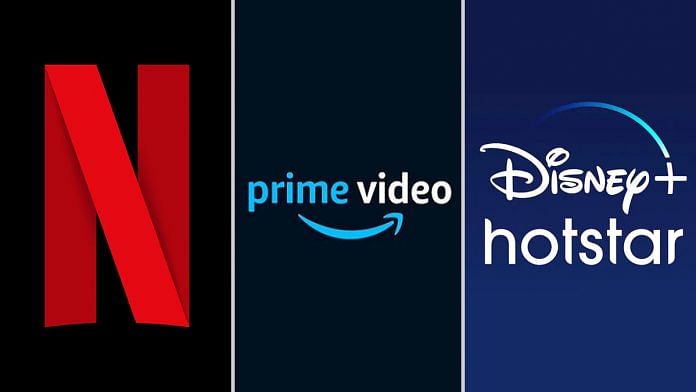 New Delhi: The Internet and Mobile Association of India (IAMAI) on Thursday announced the approval of an ‘Implementation Toolkit’ for major video streaming platforms such as Netflix, Amazon Prime and Disney + Hotstar.

The new document also covers certain problems highlighted in the code by the government, such as the lack of independent third-party control and clarity about what is prohibited content.

Amit Goenka, Chair of IAMAI’s Digital Entertainment Committee, said in a statement from the body that the toolkit reinforces all critical points in the streaming platforms’ self-regulatory code and focuses on the feedback received from the Ministry of Information and Broadcasting, particularly on strengthening the redress mechanism.

“It also includes clear tent poles that the OCCPs (Online Curated Content Providers) must undertake to achieve a common goal of responsibly entertaining millions of Indians,” he added.

The toolkit came into effect on 10 February. The I&B Ministry, which now supervises all online platforms, also comes out with a separate set of broad guidelines for the content.

What is an ‘implementation toolkit’?

There are nearly 40 video streaming platforms currently operating in India.

The IAMAI statement said the new document will help these signatories make a seamless transition to self-regulation, guiding them on the relevant laws of the country, which will be adhered to by the signatories in regards to content.

It will also guide them in the fair and transparent functioning of the complaints mechanism, with a provision to escalate the matter to an advisory panel with independent members; and about conducting training programs for creative and legal teams of OCCPs to increase the knowledge and nuances of laws that govern content.

The toolkit will also guide them in conducting consumer awareness programs to help increase understanding and use of age rating, content description and parental controls, and in implementing a detailed audit and compliance mechanism.

Provisions in the new document

The toolkit specifically mentions the applicable laws of the country and the relevant provisions that the platforms must adhere to for content. This includes relevant sections of the Information Technology Act, the Indian Penal Code and the Indecent Representation of Women (Prohibition) Act of 1986.

Regarding the crucial complaint redress mechanism, it requires signatories to establish a two-tier structure consisting of an internal committee and an advisory panel.

Any complaint about content being streamed through the platforms first comes up to the internal committee made up of representatives of the company.

If the complainant is not satisfied with the decision of the internal committee and wishes to escalate the complaint, it will go to the advisory committee.

The toolkit also provides for the establishment of an IAMAI secretariat that will, among other things, review compliance with the provisions of the code by signatories.

It also states that the IAMAI will participate in consumer awareness campaigns in the media and consult with parent associations and schools on the availability of safety measures to protect the best interests of children.

Some internet rights experts are skeptical

Apar Gupta, executive director of the Internet Freedom Foundation, an NGO active in the field of digital rights advocacy, is one of the experts in the field who are not impressed with the toolkit. He called it the outcome of the controversies and legal threats facing online video streaming platforms.

“It is the result of calming a growing intolerance that has unfortunately also been supported by criminal records records and statements from senior officials and politicians,” Gupta told ThePrint.

Gupta said it is unfortunate that the toolkit largely mimics censorship practices in the television and broadcasting industry.

“This has implications for the diversity of original content produced in India. At the same time, it will over time give more room to self-censorship and government control. These trends are evident in television programming, ”he added.

Also read: Why the world is out to untangle Facebook, Amazon, Apple, Netflix and Google

Why news media is in crisis and how to fix it

India needs free, fair, unbroken, and questioning journalism even more so as it faces multiple crises.

But the news media is in a crisis of its own. There have been brutal layoffs and pay cuts. The best of journalism shrinks and gives way to primitive spectacle.

ThePrint employs the best young reporters, columnists and editors. To maintain journalism of this quality, smart and thinking people like you are needed to pay for it. Whether you live in India or abroad, you can do it here