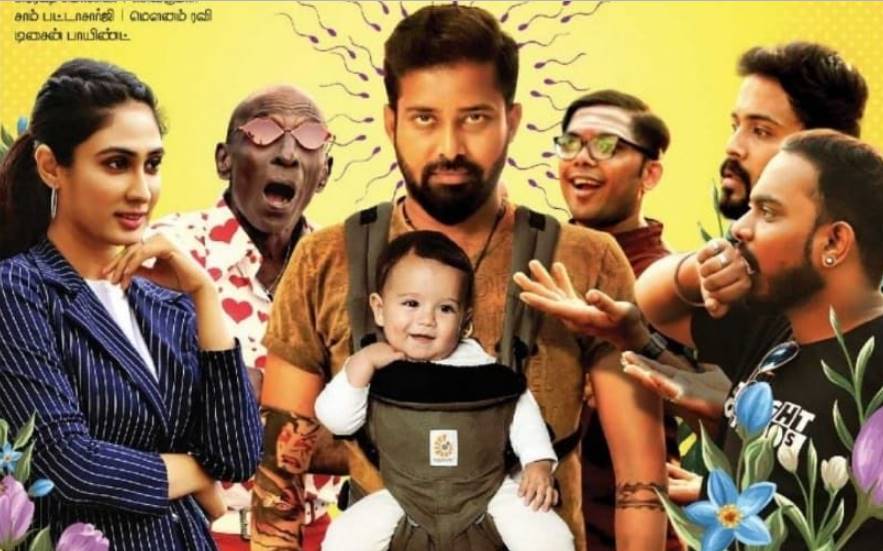 Naanum Single Thaan Movie Review: Debutant director R Gopi’s Naanum Single Thaan movie was finally released today on February 12, 2021. Due to the pandemic, the film has been delayed and is now showing on screens in state theaters.

Chinni Prakash, Rekha Chinni Prakash and Abhib RK are the dance choreographers. Director R. Gopi contributed to the story, screenplay and story writing of this film.

The film’s storyline with Dinesh and Deepti Sati is about a woman with a determination to remain single all her life. Also an unhappy man with no luck in his love life. How they will both be changed because of the cupid is the story. Rajendran comes in as the cupid in this story.

It is a film for people in love and made especially for the youth of this generation – the director R. Gopi

Punnakai Poo Geeta is famous in Malaysia in many fields such as radio, television and cinema. Whether she knows the movie ‘Arintum ariyalum’, and she has currently produced ‘Naanum Single Thaan’ on behalf of Three Is A Company Production.

The film is a regular adult film with expired comedies that are all old known. For example, take a look at the scene below as an example.

The old scene, but new in this movie: a man wants to buy a smartphone with a fingerprint unlock. But the phone is unable to unlock and asked the reason to the retailer. He said if he’s single, and that’s why!

The film changes in a different direction: melodramatic romance. It constantly tries to bring down a woman who is trying to be independent, and continues to convince us that a man who just can’t understand a woman’s ‘no’ is the world’s best lover.

The film scored just under 2 out of five stars. The worst thing about the movie is that a man wants to join a dance class just because you can hug women there tightly.