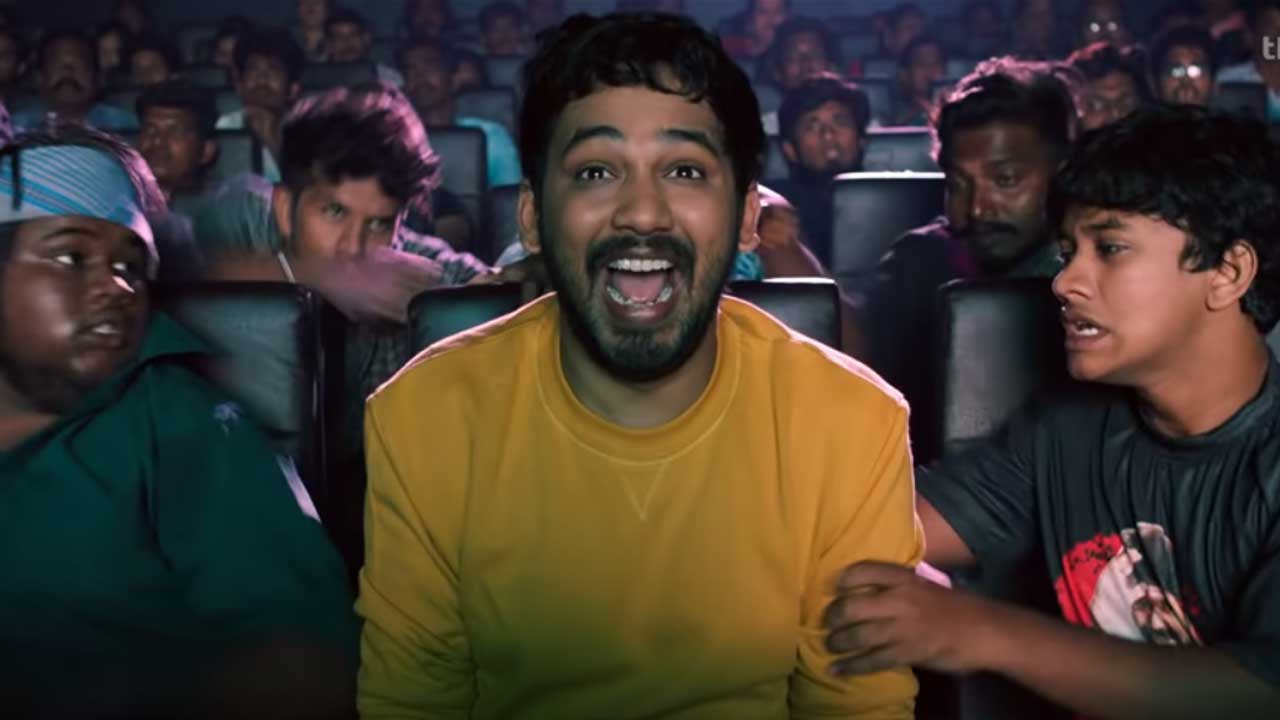 Naan Sirithal to laugh a few times on Valentine’s Day: For singles that have nothing better to do on Valentine’s Day, go for the now-released Naan Sirirthal movie today. But even there, there’s no guarantee they’ll be happy, as the sizable crew of comedians only make a comedy of mistakes that only Hip Hop Tamizha fans can laugh at.

Raana, trying to make his short film Kekka Bekka Kekka Bekka, should have picked a better story for the big screen, with Sundar C as producer. But if you’re ready to forget the logic and other elements of a good comedy cinema, there are times to laugh and enjoy Hip Hop Adhi’s background music and songs to ignore the Valentine’s Day single’s concerns.

According to the current trend, the hero, an IT guy, is stricken with an emotional disorder of laughter when he is happy or sad. This part has been done well to some extent by Raana for forgetting the logic and making the audience laugh. But the emotional problem that the protagonist lets between two gangsters diminishes its effect. But K.S. Ravikumar playing the role of a gangster makes the audience laugh to some extent.

Even introducing Yogi Babu just before the climax only helps to a degree. The other comedians Badava Gopi, Munishkanth, Ravi Mariya and others have their little moments to make you laugh in the theater. The heroine Ishwarya Menon dances well to the music of Hip Hop Tamizha Adhi’s music and brings cheers to the theaters for Valentine’s Day couples in the theater. But it can rub salt against seated singles’ wounds and cause them to go out in frustration and angry outbursts.

Naan Sirithal has all the elements of an entertaining movie, but it doesn’t deliver enough. But again for a few laughs and also to enjoy the songs of Hip Hop’s music, it is a one-off watch for its fans and for those who want to spend today without worrying that they are still single on Valentine’s Day. although Movierulz and Tamilrockers leaked movie online, there is a 10% chance that box office collection may drop. Since Hiphop Aadhi has gained young fans, theaters fill up on weekends. Watching the movie in theaters helps the Tamil movie industry and also the production technicians.