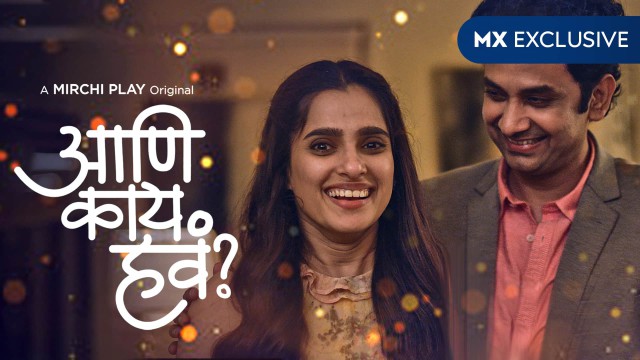 All episodes will be streamed for FREE starting August 6, exclusively on MX Player

Have you ever felt that as a couple you have a sophisticated life, a committed relationship and that you both treat each other as if you were on autopilot? The firsts in a marriage always seem special, but as the early years pass, you realize that the camaraderie between the duo becomes hugely important and that spouses need to find new ways to keep boredom in a relationship at bay. That’s the story of our favorite couple Jui and Saket, who return with the third season of the beloved franchise – Aani Kay Hava.

Season 1 saw this couple celebrate the many firsts of the sacred marriage, while the second season saw Jui and Saket navigate different emotions as they celebrated their third anniversary. Now, in Season 3, their not-so-young marriage will hit the 5-year milestone and with trust, love and a bit of madness at its core, this edition will introduce viewers to their lives during a nationwide lockdown. From dealing with work-related complications, to suddenly feeling like there’s nothing new to talk about, and bringing life to the little and big everyday nok jhoks – this couple brings the routine lives of all the couples out there. Priya Bapat and Umesh Kamat reprise their roles in this entertaining season directed by Muramba famed Varun Narvekar. This MX Exclusive and Mirchi Originals Creation will go live on August 6, exclusively on MX Player.

Speaking of the show, *Priya Bapat* said: “This season takes us through married life during a lockdown and this period really saw multiple relationship dynamics change for many of us. It is important to never let your marriage stagnate and keep up the excitement with maybe new hobbies, or a project you want to work on together or just find things you both like to do as a couple.After 5 years of marriage in the life of Jui and Saket – they stay growing together and dealing with the curveballs that life throws their way and it is for this reason that I love playing this character I know Umesh and I have experienced some of these moments ourselves and we can’t wait to bring Jui and Saket back to your house.”

Umesh Kamat said, “For a successful marriage, there must be good communication and camaraderie in the relationship. It is important to try to understand your partner and we have tried to emphasize this message in a light-hearted way through this series. The fun chatter between this couple and supporting each other during our troubles also mirrors that of Priya and my relationship off the grid. I really feel like there’s a little piece of ourselves that we instill in Jui and Saket and I think Varun brilliantly brings that to life on screen.”

Varun Narvekar added: “Our previous seasons for this franchise have received heartwarming responses. The third edition is a nice look at modern relationships and how certain aspects of it were redefined as a by-product of the lockdown. Jui and Saket have lived through the honeymoon phase chart, cemented their bond, and at the start of 5 years into marriage, they continue to keep the spark alive and navigate the course of life. Aani Kay Hava has really recognizable characters and that’s why they feel so organic on screen, and I couldn’t have asked for a better cast than Priya and Umesh to play Jui and Saket.”