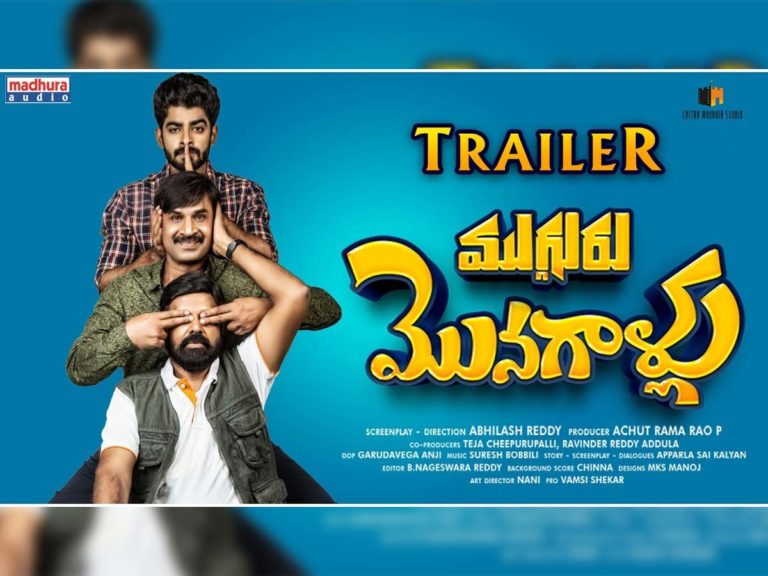 Mugguru Monagallu is an upcoming comedy starring Kannada star Deekshith Shetty, Srinivas Reddy and Vennela Ramarao. A few days ago, the creators of Mugguru Monagallu released the first look poster that drew different eyeballs, as it showed that all three main characters had three different disabilities.

Srinivas Reddy was seen hard of hearing and Deekshith Shetty was challenged vocally while Ramarao was challenged visually. Today the makers of Mugguru Monagallu launched the trailer.

Deekshith Shetty, who appears on Mugguru Monagallu’s trailer, is a dumb, Srinivas Reddy is deaf, and Ramarao is a blind man, three of whom are prime targets of a serial killer in town. The trailer promises to be a hilarious entertainer, but beyond the comedy, there’s a sense of thrill in the story here as it has a mix of murder mystery in the background.

Raja Ravindra and the late TNR also play the pivotal roles in this film, which is directed by Abhilash Reddy and financed by Achut Rama Rao, while it has the music of Suresh Bobbili. The entire shoot of this comic caper has been concluded and the makers plan to announce the release date of the movie Mugguru Monagallu very soon.