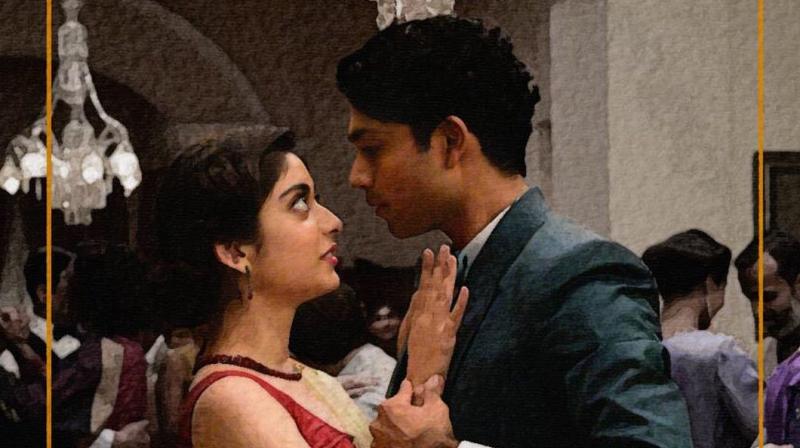 Mira Nair’s web series A Suitable Boy is one of the projects that has attracted unwanted attention. A politician claimed that the series hurt Hindus’ religious feelings by portraying the main character, a Hindu girl, passionately kissing a Muslim boy against the backdrop of a temple.

Akshay Kumar’s film Laxmmi Bomb has been criticized for including derogatory comments about goddess Lakshmi. The makers eventually had to remove the word ‘bomb’ from the name. Bhumi Pednekar’s film Durgamati was initially called Durgavati, but the makers changed the name in response to the Laxxmi Bomb trolls. Ajay Devgn protagonist Singham drew controversy over portraying a Hindu sadhu in a negative light, although many cult sadhus are currently serving jail time in the country.

The recent ads for Ta’s Tanishq also came under fire – one accused of promoting ‘love jihad’, while another, on ‘no fireworks Diwali’, insulted a political party representative who saw it as an unnecessary attempt to teach Hindus how to celebrate the festival. In response to the online backlash, Tanishq withdrew both ads.

Public responses were not always like this. In the 1970s, songs like “Mai tujhse milne aai mandir jane ke bahane” (I came to meet you under the pretense of going to the temple) were well appreciated. ‘Laxmi Bomb’ is the household name of a blast, and generations of kids have had fun popping these crackers during Diwali. The government has been making statements about the need to celebrate a ‘green Diwali’ for almost a decade. But when the ad tried to convey the same message, it was misplaced.

The border elements have gradually taken up the regular space. What used to be a petty whisper or smear campaign has grown into demands for bans and boycotts for the lame excuses to shut down liberal votes and score an assault on creative freedoms. This is the result of constant outrage and the stirring of negative feelings through trolls.

Film critic Mayank Shekhar believes this has always been the case, but is now more organized. “It has just been amplified to a point where it is impossible to go a day or two without an ad, movie or series being attacked by organized troll armies, often even actively supported by certain state governments, as was the case with the FIR about A Suitable Boy in Madhya Pradesh submitted by a BJP representative, ”said Shekhar.

Another film critic, Murtaza Ali Khan, agrees that this is not a very recent phenomenon, but sees a pattern. “People started with historical figures like Padmavat and Panipat, but now it seems people are overreacting. In the past, only a sect attacked. But now everything is polarized and cinema has become an apple of contention, ”says Ali.

“That’s where administration comes into the spotlight. Why does every controversy have a religious angle? Because that’s a way of promoting the ideology of a particular sect rather than religious feelings. How do you think things are going on Twitter? Because you pay and the ruling party has the IT cell where people work to create trolls. “

“On social media, we ensure that we do not violate any moral code of conduct. We focus more on positives than negatives. And when a politician tweets, those are his individual views. “

Punit Agarwal, head of the social media and IT team at BJP’s Delhi unit

“The trolls have the power to attract massive attention. And politicians in India know this. A movie or series doesn’t necessarily have to try to hurt religious feelings, but those in power sometimes use their power to influence and incite the masses. The religious currency has been used by the ruling party and also the opposition parties to collect ballots. It’s easy to distract people’s minds with movie controversies because they follow en masse and movies are easily associated with religion. “

“The film can afford freedoms for entertainment, but it cannot take freedoms in recreating history or religious sentiments. You have to be very careful because often the masses learn things from this type of entertainment. Of course there is freedom in entertainment, but freedom must also be used with responsibility. ”

“Filmmakers use controversy to market their films. They use elements in their films that provoke Hindus. Art has a responsibility to society. Bollywood must be responsible. “