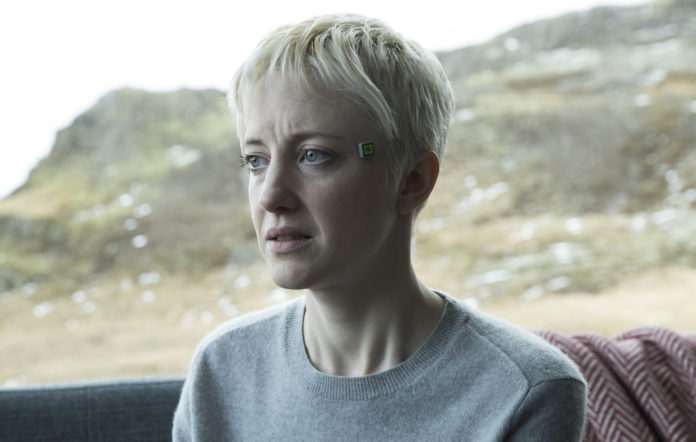 From Ryan Murphy’s expanding network of mini-series to Joe Swanberg’s portfolio of romantic shorts, anthologies are the latest craze today. No show, however, has reaped the benefits of anthology storytelling’s pliability like Charlie Brooker’s Black Mirror, which has changed pet topics, styles, intellectual personnel, and moods from one episode to another.

Each episode of Netflix’s “Black Mirror,” which explores how technology mirrors and alters our everyday lives, is a little alarming. Some of them will simply disrupt your worldview. Others will make you want to toss away your smartphone and laptop. It’s practically impossible to choose the five most frightening episodes because there’s just so much amazing material to chose from. That being said, here’s a ranking of the most terrifying episodes of the show Black Mirror:

Mia, the protagonist of “Crocodile,” lives in a future where memory-scanning tech exists, and what she’s committed (murder) cannot be hidden. Mia’s deeds are difficult to accept, given how kind and innocent she appears to be when initially introduced. However, in a society with that kind of technology, anyone may be led to tremendous paranoia and a determination to defend oneself at all costs, and Mia’s actions become progressively horrible as the episode progresses. However, it may be argued that Mia is driven inane by her own remorse and greed rather than by technology and that she is colder-blooded than we are given to believe. That episode may reveal as much about humanity as any other, and that reality is terrifying to watch.

This episode of Black Mirror remains one of the greatest in the franchise, even after more than a decade. Following the introduction of a tech device that can record every minute of a person’s life via their own perspective, security issues arise, undermining each individual’s liberty. It brings up the question, ‘Would you still make the same judgments if everyone was watching you?’ It is the kickstarter of the series and sets the tone for the rest of the episodes. Despite the show’s diverse range of genres and viewpoints, we can always count on the same equation: digital innovation + human nature = tragedy. This episode, on the other hand, carries itself on its own against the succeeding seasons’ fresher, big-budget episodes.

If you’re searching for an exciting time together with some futuristic viewing material, you’re undoubtedly interested in learning about one of the most terrifying Black Mirror episodes ever. The entertainment industry is working to improve the Alternative Reality (AR) experience in this episode. Here, we’re pushed to create an AR situation in which our worst fears are realized and reflected back at us. The episode has a lot of nasty twists and turns, and it’s hard to tell where reality stops and fearful fiction begins for both the protagonist and the audience. This is definitely not something you should be watching alone if you’re not a horror lover.

Domhnall Gleeson and Haley Atwell’s high-concept sob fest has to hold one of the top places in this list. Which other episode so expertly mixes viewers’ favorite intellectual sci-fi thinking experiments with a heartfelt undertone they don’t always imagine? The backdrop for this episode is a future in which a widow can have her dead husband’s persona installed into a new body using data gathered from social media accounts. However, the clone develops defects that highlight the futility of clinging to something that’s already gone. “Be Right Back,” which packs a fatal psychological gut punch, delivers wisdom on the blurry junction between scientific advancement and life’s fundamental forces.

A young black woman rides an antique down a sandy road in this episode. She pulls over to a gas station and connects her car to a solar panel. She proceeds to tour the adjacent facility because this will take some time. The structure in question is the Black Museum, which houses a variety of technological breakthroughs tied to criminal activity. Our protagonist learns about the history of the exhibits from the museum’s curator. So we have a trio of short, but strong, disturbing, and morbid science fiction dramas in this episode. Each of these scenarios raises new concerns about human nature and attitudes toward technological advances. This segment becomes even more remarkable when you learn how all three storylines are connected, both to each other and to the underlying story, thanks to the ultimate revelation.