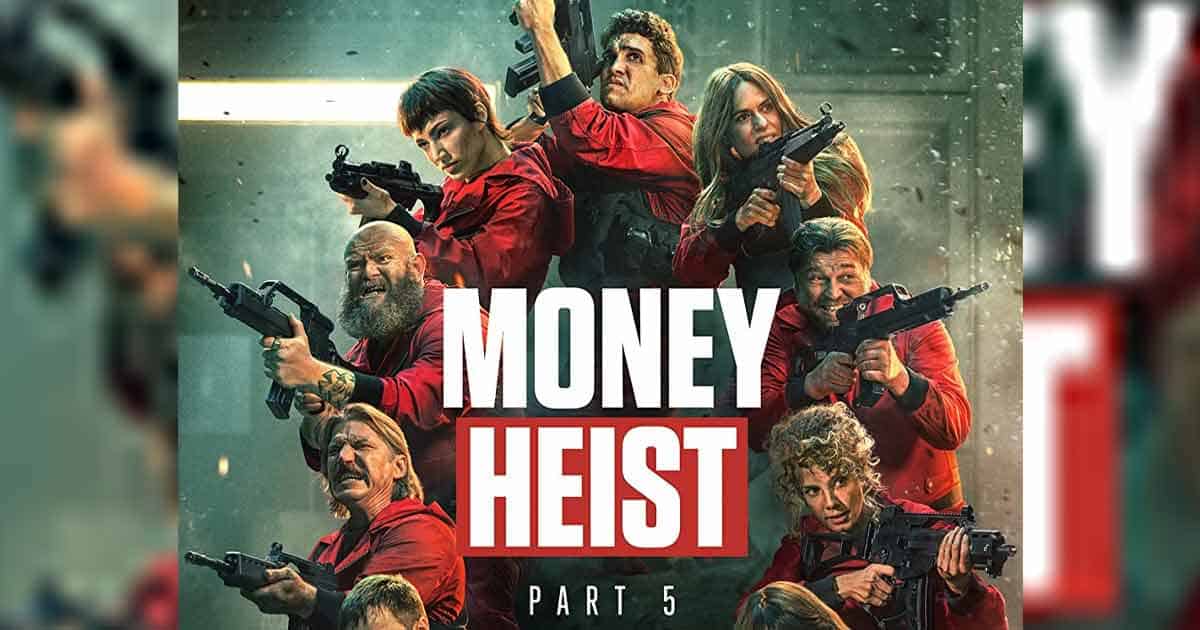 Money Heist Season 5 Part 1 Review: What is it about?

It’s the beginning of the end. It’s been four years since a group of anti-heroes (read robbers) led by a criminally bent professor (Álvaro Morte) looted spot after spot without actually getting caught and gaining popularity everywhere. But the tables have turned and bad fate has befell the team. Professor has been arrested and the gang is trapped in the Bank of Spain. Will they survive? Will they die? Is there a right or wrong? What is their redemption? Season 5 vol 1 is all about that.

We’ve gone beyond what’s right and what’s wrong, now it’s all about surviving and making your existence worth the heist. Money Heist is always about the anti-heroes and how they triumph. Of course they are on the dark side of the spectrum and nothing they do justifies their crime. The writers, creators and directors have made sure that they are criminals at all stages.

These criminals are about to get caught and the faces that have been in obscurity until now are known to the world. What’s left? Their motive and redemption. Season 5, part 1 is about the same. Why they do what they do and what is the price some of them pay. Like all four seasons, Tokyo tells the story, but this time with a sense of burden. Because now the end begins and not everyone makes it through the door. Guys, I’m doing my damn best not to give away spoilers, appreciate me!

The writing in Money Heist Season 5 Vol 1 is respectful of its audience. By now we all know the finesse these people have to loot anything on Earth. So what it does is guide us through their motives as they try to escape the hands of the law. We mainly get the background story of Tokyo and a bit of Denver. The creators also introduce a computer wizard Rafael (Patrick Criad), who happens to be the new robber, level up. How he gets acquainted with Professor’s timeline is what we’ll have to see. He is the son of Berlin by the way! (I wanted that expression, just that).

While the tension is at its peak and who will overtake who is the most intriguing point, what also wins is the camera swirling through the rumble as if David Fincher is serving it and giving life to the Bank which has become a character in its own right.

I could go on and on about how amazingly intriguing the new season is and how it kills off one of the main characters, but I could end up giving you a spoiler. So I stop. Did I reveal anything? No, I did not.

It’s been 4 years and my brain is refusing to process that Money Heist was a flop in the first season on Spanish TV. lvaro Morte is supreme and knows what is expected of him. He gives us exactly that and I am happy with his existence. This time he is helpless, but once he was glorious. You can see that in his face. These people have become their share. Please don’t cooperate and really rob yourself!

Tokyo (Úrsula Corberó) has my heart forever and this time we get to see her vulnerabilities like we’ve never seen before. You see her in her weakest phase and that breaks something in you, and trust me, she’s about to leave you shattered by the time part 1 ends. Helsinki (Darko Perić) and Bogotá (Hovik Keuchkerian) are newly introduced and they make it happen.

Now let me take a moment and appreciate my most favorite character of all, Alicia Sierra (Najwa Nimri). A suspended cop who caught a wanted robber is pregnant in the last cycle. Could there be a female character written in more gray than the grayest? Najwa breaks all boundaries and plays Alicia with her whole physicality.

The tempo gets inconsistent halfway through and that has a bit of influence. Money Heist mostly runs in flashbacks and just keeps going back and forth. But this time, the transition is so fast that the timeline in each individual frame has to be watched too closely.

The show’s action and tactics are directly compared to the Fast & Furious universe. They challenge physics and they still do. But I think that’s what makes them unique and that a huge audience is addicted to them.

As said it is the beginning of the end and survival is all that matters. There is too much adrenaline rush and drama on the edge of the seat. Keep a box of tissues handy, a friendly advice. There is no reason for you not to like part 1.