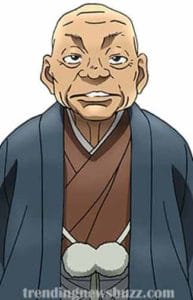 “I brought you five here, although you didn’t finish in the top five”

Mitsunari Tokugawa is a fictional character in the Baki anime series. He is the head of the Arena underground battlefield and loves to watch the battles. You can predict his character as one of those people who are rich and love to see people fight.

He owns the battlefield and has many advantages. Tokugawa has also set some rules for the fight that he sometimes breaks to entertain himself and the audience. His character likes to see the fight and the bloodshed between the opponents.

He can exceed his limits in battle. When one of the people stopped the fight between Jack and Baki, he was brave enough to put a knife to his throat.

In the Baki series, it has never been revealed whether he was a hunter in his young dates or not. But one thing is clear: he has a deep knowledge of martial arts and he can clearly point out the mistakes while fighting. You will think of Tokugawa as an old man who likes to fight while sitting down. He never really showed sympathy. Tokugawa’s relationship with Yuujiro has never really been revealed and I cannot say whether these two are really friends or not. There are assumptions that these two have a history in the past and if we are lucky we can see these things in the next season of Baki. 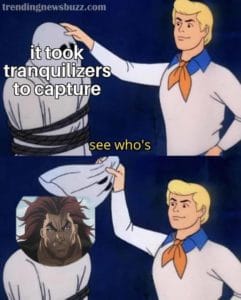 He is good friends with the teacher Doppo Orochi and Igari Kanji. The best thing about this character is that he is the only person to defeat Yuujiro In the series. Yuujiro has always been known for his reckless fights and when he fights he can certainly break and break the rules just like himself. Tokugawa is smart enough to know Yuujiro’s behavior. That is why he has placed his bodyguard in different locations.

When Yuujiro is always out of control trying to destroy the tournament’s orders. These bodyguards have their spinners on and if something happens, these people will inject the sedative so that he can be stopped.

Apart from that, a lot has been revealed about this character. He actually has a nonexistent personal life on the show. Normally he’s just busy in his tournament or chilling out with his expensive life. The fans want to know more about this character’s past life and whether he was a fighter or not.

In the coming season 4, this character is going to do something really big. Let’s stay tuned for more updates and see what’s coming.