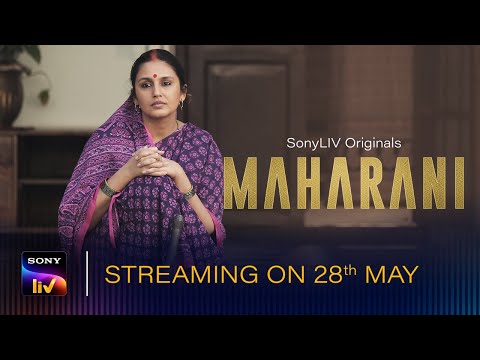 How can fans around the world watch the new series ‘Maharani’ and what time will it be released on the available streaming platforms?

Fans are counting down the hours until Maharani finally premieres!

The series was created by Subhash Kapoor and features a star cast including Huma Qureshi, Sohum Shah and Amit Sial.

The highly anticipated web series will premiere this week, but how can fans watch Maharani and what time will the movie be released?

How to watch Maharani …

Maharani will only be available to stream on SonyLIV online streaming platform.

SonyLIV offers a variety of subscription plans, including a free package (it is not known if Maharani will be available through this package).

The series is highly unlikely to be available to watch on other streaming platforms, but this article will be updated as this changes.

This time has not been officially confirmed by SonyLIV or the Maharani production team, but is based on the typical update window for new online content. An IST release time of 12 hours has also been reported in multiple online sources.

If this time remains correct, the series will be available worldwide at the following times:

This article will be updated if any of the information described changes or if new release date information is confirmed.

Love by Chance Season 2: Everything You Need to Know About the Infamous Thai Drama Series !!