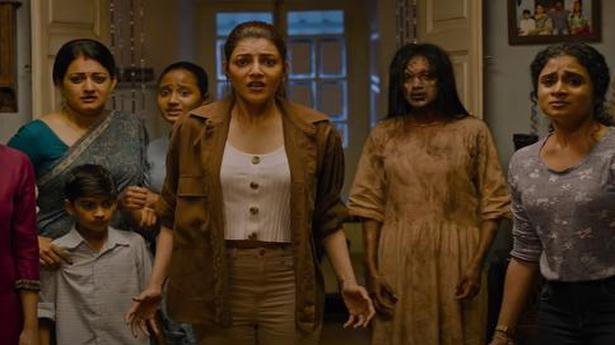 However you look at it, horror is a genre dead in Tamil cinema, barring obvious exceptions like Mysskin’s Pisaasu, Milind Rao’s Aval and Ashwin Saravanan’s Game over who tried to break with genre conventions. If it had been a different filmmaker, you wouldn’t care. Live broadcast is by Venkat Prabhu. That’s what hurts the most. It’s not that Venkat Prabhu didn’t make bad movies. Even in those movies you could see the film maker’s stamp everywhere – Massu Engira Masilamani comes to mind. It was not a great movie. But the moments were well thought out and the ideas were wild.

Venkat Prabhu seems directionless Live broadcastNot a single scene is recorded in the seven-episode series. Note what the episodes are called: The Intro, The Failure, The Plan, The Trap and so on. It seems like Venkat Prabhu took individual episodes and wrote for them, rather than developing a coherent story. Because that explains why the scenes always come without an order. Even the alleged ‘scary’ part doesn’t arrive until the fifth episode, when Jenny (Kajal Aggarwal) and her team are filming in a haunted house and broadcasting the process live to viewers.

Also read | Receive ‘First Day First Show’, our weekly newsletter from the cinema world, in your inbox You can register for free here

Both the writing and the filmmaking is awful, even by Tamil web series standards. The actors are animated. The plot, if any, is outdated. It has a serial-like quality due to the camerawork. The ‘horror’ is tasteless. The jokes are scarier than the scenes supposedly meant to cause chills. The series focuses more on effects than on emotion. You wonder if anyone else ghost-directed Live broadcast by keeping the spirit of Venkat Prabhu.