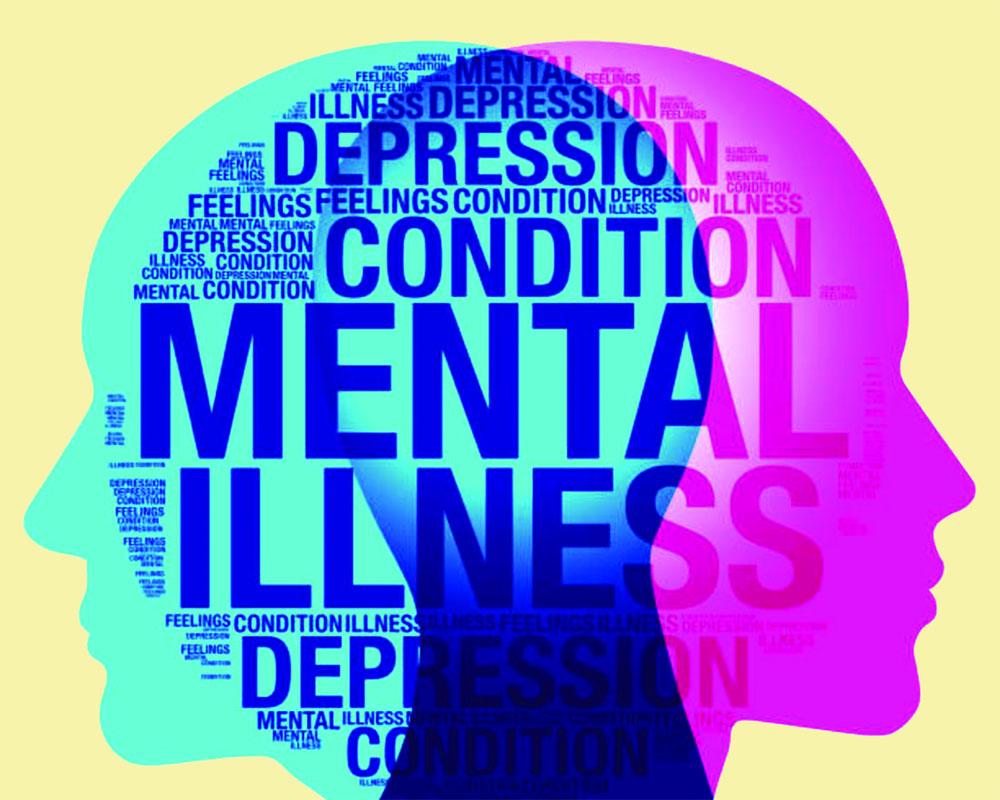 People are often reluctant to receive treatment for their emotional well-being because of social stereotypes and preconceived ideas. This has to change

Mental illness in India is responsible for 28 percent of suicides worldwide as some 197 million Indians suffer from some form of it. Still, it’s a topic that’s being ignored and brushed under the rug as it’s considered a stigma in the country. However, the recent suicide by promising Bollywood actor Sushant Singh Rajput (SSR) has brought the issue back into focus, even though many people have denied that the talented young man who did well was suffering. of depression and had decided to end his life at the age of 34.

While social media and the actor’s family deny that SSR committed suicide, the fact is he’s not the only celebrity with mental health issues to have done so. Hindi film and TV actors Kushal Punjabi, Jiah Khan, Gurudutt, Pratyusha Banerjee and Southern actors such as Sai Prashanth, Uday Kiran, Ranganath, Santhosh Jogi, Silk Smitha and Kalpana all took their lives. Most of these celebrities committed suicide while basking in glory and there was no shortage of fans. Award-winning Dubai-based Indian industrialist Joy Arakkal committed suicide while battling depression due to a financial crisis. The story behind the death of Cafe Coffee Day founder VG Siddhartha was the same and came as a huge shock.

The fact remains that celebrities fall prey to mental illness for all their outward fame and success. However, many conspiracy theories about the death of SSR are circulating, and the larger mental health discourse is skewed, or worse, totally ignored. The discussion of mental health, part of public health, remains a low priority and taboo. Sadly, celebrities suffering from mental health issues are unwilling to give up their fame and marketability in mitigating their mental illness.

If, like Bollywood A-lister Deepika Padukone, more of them came out to talk about their struggles with depression, it would do a service to Indian society as mental health is often stigmatized in the country. It would help ordinary people cope better with their own mental illnesses and life’s struggles and hopefully get help in time. This is important because the number of farmers’ deaths is 11.2 percent of the total suicides in the country, while students account for 6.7 percent of the burden.

The National GGZ Act 2017 is in a precarious situation to deal with this serious situation. Moreover, the campaign ‘Move for mental health: Let’s invest’ by the World Health Organization (WHO) and the World Federation for Mental Health does not mean much in the Indian context. In an urgent note, the International Monetary Fund (IMF) has called for strengthening India’s public health system for human resource development. Tellingly, mental health is undeniably one of the most neglected areas of the country’s public health system, which is in any case in bad shape.

With the Coronavirus resulting in widespread unemployment and reverse migration of millions of workers to their villages, this burden of mental illness-fueled suicides will only increase. As many as 466 suicides have been reported so far this year, which means that an average of more than two people take their own lives every day. Farmers are said to top the list, followed by workers, students, private sector workers and business people. More than 40 suicides were reported in January, 45 in February, 32 in March, 47 in April, 89 in May, 112 in June and 101 in July. Of the total number of suicides, 302 were reported in May, June and July.

The twofold increase in the number of suicides is attributed to the increasing stress after the pandemic. In fact, suicides are believed to be the second leading cause of deaths outside of the Coronavirus during the lockdown. The issue in these troubled times is two-fold and must be discussed taking into account many factors. Fear, insecurity and suicidal thoughts have risen and people are becoming very vulnerable.

In addition, the fear of contracting the disease, combined with the realization that the incidence of COVID-19 has spiraled rather than being curtailed, and that the days of social detachment could last indefinitely, was deeply troubling to many. So people who previously had a mild anxiety spectrum have moved on to moderate and severe anxiety. When anxiety becomes severe, self-harm increases.

Taking the mental health concerns of adolescents in India to the next level, there has been a spate of teenage suicides in these uncertain times as those already suffering from depression or anxiety can be pushed over the edge by even a small trigger. For example, the 14-year-old daughter of a day laborer in Kerala ended her life due to the inaccessibility of a smartphone. Here the digital divide was the trigger for the youngster to end her life.

The National Institute of Mental Health and Neurosciences, Bengaluru, reveals that 13.7 percent of the Indian population suffers from some form of mental illness. Unfortunately, India spends only 3.6 percent of its gross domestic product on healthcare. In addition, the expenditure of the BRIC countries is the least. Adding to the problem is that only 1.3 percent of total government spending on health care is allocated to mental health. It is hard to believe that basic health care is not available for mentally disturbed patients within a radius of 20 kilometers.

To make matters worse, India has one doctor for every 100,000 people. There are only 43 hospitals and 3,000 psychiatrists available across the country, leaving a number of mentally retarded or disturbed patients in the lurch. Since it is a signatory nation of the United Nations (UN) Committee on the Rights of Persons with Disabilities (CRPD), the government must proactively address the issues of people with disabilities, regardless of their nature.

The Mental Health Care Act 2017 ensures biomedical, clinical interventions and institutionalization to intervene in mental health problems. Despite the law, the social health determinants (SDH) are not fully functional. Suffice it to say, the UN Sustainable Development Goals (SDGs) provide a blueprint for human development and for addressing the SDH.

Although most people with mental illness are unemployed, inclusive education is also a distant dream. The approach to address the problem still suffers from pity, charity and a medical model of disability. In addition, the medical and administrative apparatus dealing with mental health is not gender and region sensitive. There is no discussion of women with mental illness and psychiatric patients living in rural and tribal pockets.

Suicides by farmers and students are wreaking havoc in the country. Still, there is no in-depth research or discussion of why certain states are more prone to suicide than others. People are often reluctant to receive treatment for their emotional well-being because of social stereotypes and preconceived ideas. This must

In addition, the news media remains episodic in terms of reporting on mental health problems. As a result, the underestimated consequences of such health problems are perpetuating, putting pressure on the public health system. India cannot achieve its SDGs unless it curbs suicides.

The WHO states, “Mental health and well-being are fundamental to quality of life, enabling people to experience life as meaningful and become creative and active citizens.” In these times of pandemic, it has spread comprehensive guidelines for keeping mental health intact. In addition, the IMF has endorsed that India should boost its human capital by investing in education and healthcare.

The discussion about mental health needs to be reoriented and no longer compartmentalized. Socio-cultural, economic and environmental factors related to national policies, social protection and community support must be provided. Resilience in adolescents and children must be practiced. A multiple approach is the solution to various psychological problems.

(Biswal and Chakraborty are assistant professors at SIMC and SIBM respectively and work at Symbiosis International, Pune.