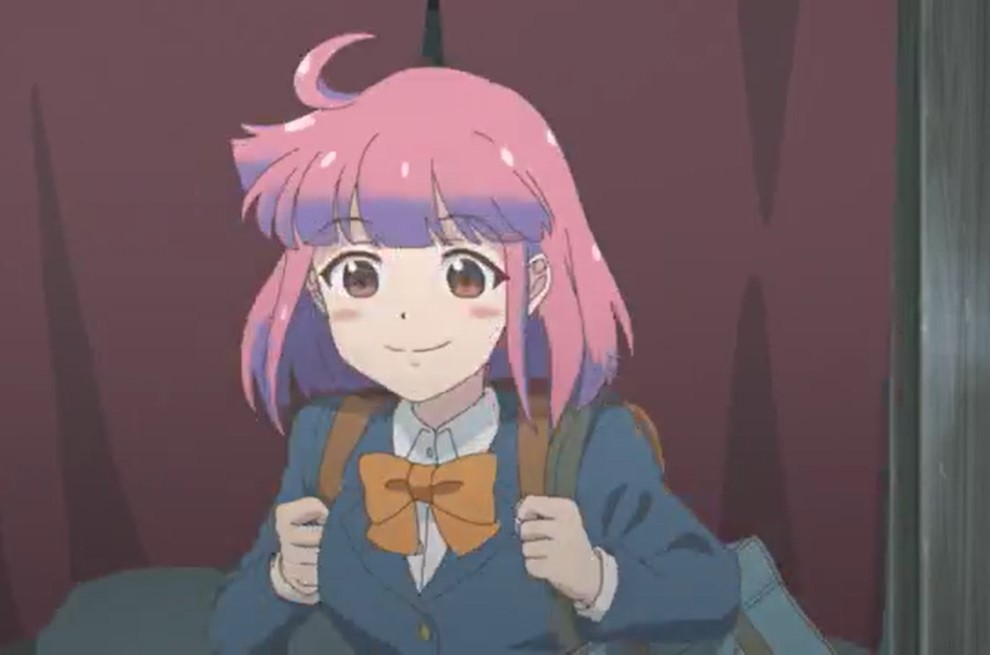 Himeno moves in with her father from Tokyo to the city known for pottery, eel and Kappa Legends. Kappa Legends is located in Taijimi City, Gifu prefecture. In the morning Himeno shows respect for the loners and decides to go to school. She told Sachie and Tokishiroi that she would come back and help them with the cafe. Sachie notes that it won’t be busy the first day. Let’s Make a Mug Too is also known as Yakunara Mug Cup Mo. Let’s see what we have below.

Sachie told Himeno to make more friends, and she said she would come back sooner because they don’t have home economics. Nao arrives and they both walk to school together. She wonders what Himeno is carrying in her backpack. Himeno reveals it’s a secret, and she will use it to introduce herself. They both came to school and met other new students like her.

Previously on Let’s Make a Mug Too Episode 1

Himeno thinks she is in 3rd grade, and Nao in 4th grade. An unknown active girl arrives and shakes hands with Himeno and says she’s in 3rd grade too. She told Himeno they would meet next time. They both go to the clash and wait for their teacher to arrive. Later the teacher comes and asks the students to come up and introduce themselves. Himeno is surprised to see the unknown active girl come up to introduce herself first.

The girl reveals that she is Kukuri Mika and that she came to To-to from high school. Himeno realizes it’s that girl she met before. Mika reveals that she has a younger brother and two old sisters, Ikka and Nika, but her name is not Threeka. She also reveals that she was in the fine arts club in high school, but in high school she decided to join the pottery club. She is looking for people to join her and they should come and talk to her.

Let’s make a mug too

Meanwhile, Naruse Naoka in grade 4 is shy to speak in front of other students. She tells in a low voice that she came from Ta high school, and they can also call her Nao. Other students have been surprised and wonder how they will introduce themselves as Nao has not put on a show. At the same time, Himeno in group 3 introduces herself to be Toykawa Himeno. Himeno reveals that her father’s company has gone bankrupt and that they are moving to her mother’s hometown. The students were surprised she told them.

Himeno said to worry about it, and there’s nothing to be ashamed of. The teacher told her she heard that her father was quitting his salary and opening his own business. Himeno shows her thumb up and comments, nice assist, Sensei. Himeno keeps saying her father runs a cafe on Honmachi Oribe Street.

She shows the students the mugs that are made in her home cafe. Himeno reveals that the name is Cafe Tokishirou. There are 400 such mugs in different colors; they can choose which one they want. Mika notes that she likes the mugs from Himeno’s Cafe. She notices that she is in love and asks Himeno to be with her. Mika also said Himeno is a kindred spirit. Meanwhile, in the cafe, Tokoshiroi worries that there are no customers today.

Chie notes that regulars don’t cheat that easily. She’s sure they’ll see some tourists around lunchtime. Later, Nao, Mika and Himeno arrive at their poetry club. Mika notes that she has visited the club many times since last year. She introduces them to Touko. Mika told Touko about Himena and her father’s affairs. Himena wonders why everything that is done in this club looks the same as her family cafe. Himeno reveals that her mother died when she was four.