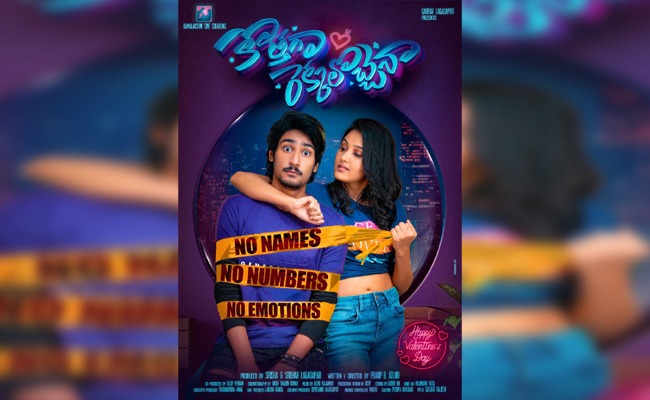 If you have to name the future heroes of Tollywood, Lagadapati Vikram Sahidev is in the list.

As the son of producer Lagadapati Sridhar, Vikram has paved the way for himself by gaining attention through his roles as a child artist in such films as ‘Race Gurram’, ‘Rudramadevi’, ‘Viyyalavari Kayyalu’ and Krishnamma kalipindi idharini.

In recent times, Vikram has appeared in films such as ‘Naa Peru Surya’ and made his debut as a teenage hero with the film ‘Golisoda Kannada and Yevadu Thakkuva Kaadhu’.

Now he is all set to arrive with his new film ‘Kotthagaa Rekkalochina’. The concept revolves around imperfectly perfect love.

The soul of the film is no rules and no boundaries for the current generation.

No one is perfect and no matter how well one accepts the other’s imperfections, the relationship would be so good. Not just love, but this works for any relationship.

This is a puppy love story laced with youthful and mass elements. It’s more about falling in love with beautiful T20 romance (teens to twenties).

New to South Cinema? 20 movies with subtitles to watch online