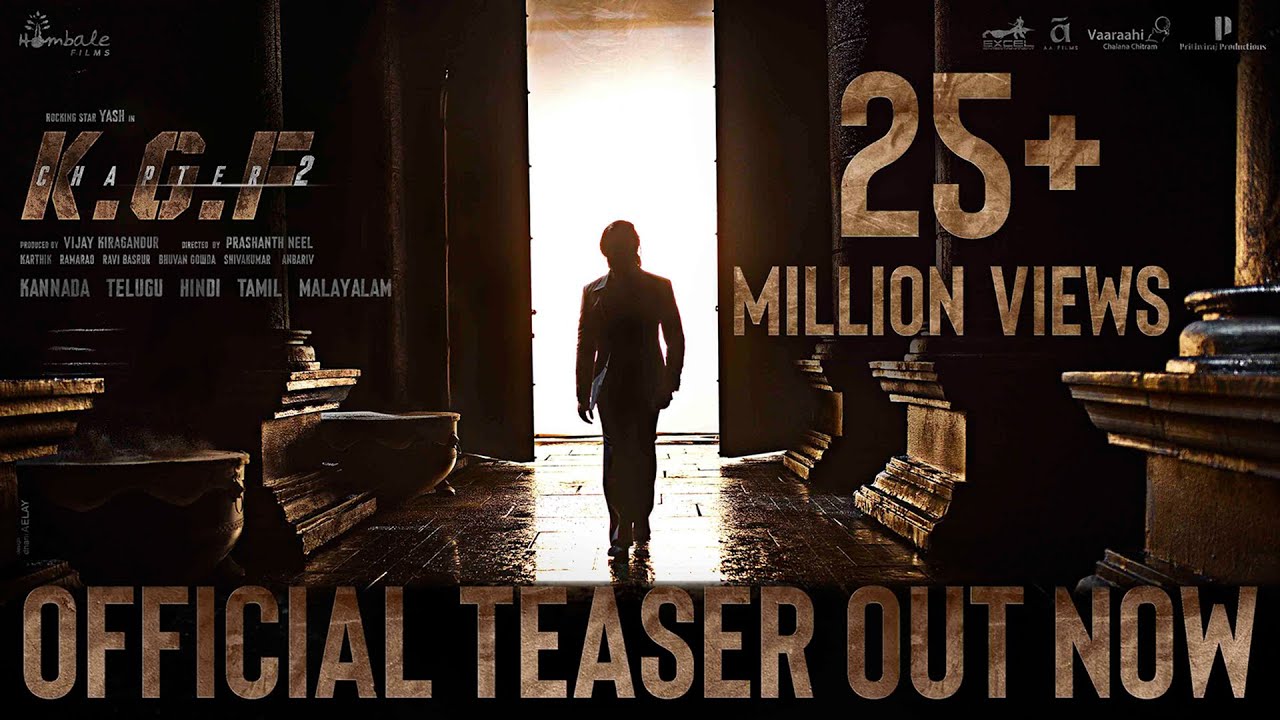 The teaser of the highly anticipated 2021 film ‘KGF Chapter 2’ is finally here. The teaser hit YouTube on the eve of Yash’s birthday and went viral in no time. That’s the craze of this Kannada movie that the teaser crossed 1 million likes on YouTube within an hour of its release. Yash, better known as Rocky Bhai, has once again managed to impress fans with his massive appeal in the teaser of KGF Chapter 2.

As positive word of mouth began to spread, the teaser sets a new record. It will be the fastest Indian movie teaser to cross 2 million likes on YouTube. Trade analyst Ramesh Bala took to Twitter and reported this amazing performance of Yash and Sanjay Dutt starrer teaser.

Just a few minutes ago, the teaser was viewed 25 million times on YouTube, including 16 hours after its release. KGF teaser is also the most loved teaser in South Indian movie history. It has beaten Master, Sarkar, RRR and Mersal.

KGF Chapter 2 is a sequel to the 2018 blockbuster KGF Chapter 1. While not much was expected of the film when it was released, it created history and became the highest-grossing Kannada film of all time. It fetched approximately 250 crores worldwide, one of the few South Indian films to achieve this feat.

Yes plays his part from the first part again and Sanjay Dutt as Adheera will act as the antagonist. The film also stars Srinidhi Shetty, Prakash Raj and Raveena Tandon. KGF Chapter 2 is set to be released on October 23, 2020, however, it was delayed due to the COVID-19 pandemic and Sanjay Dutt’s health concerns. As of now, there is no word on the new release date.

Sister Shweta’s heartbreaking post for Sushant Singh Rajput will bring tears to your eyes, here’s what she wrote