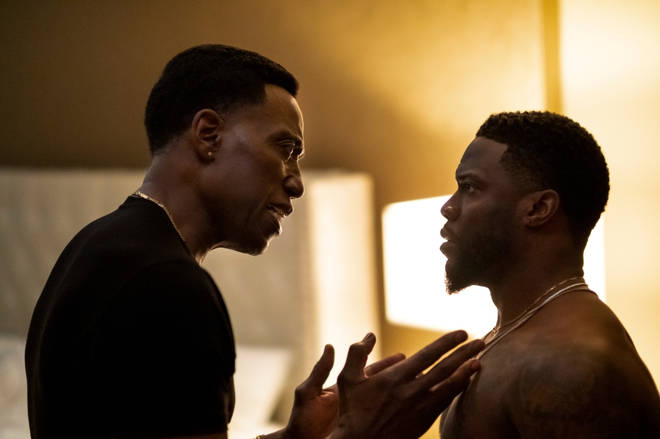 The streamer released a trailer for the seven-episode drama on Wednesday, which comes from Narcos: Mexico showrunner Eric Newman. Hart plays the aforementioned comedian The Kid, while Wesley Snipes (Dolomite is my name) takes on the role of older brother Carlton. According to the official logline, “a tour stop in Kid’s hometown of Philadelphia becomes a matter of life and death…when the consequences of a lost evening with his wayward brother threaten to destroy everything he’s built.”

Hit PLAY in the trailer above, then hit the comments and let us know if you’re going to binge watch True story over the Thanksgiving weekend.