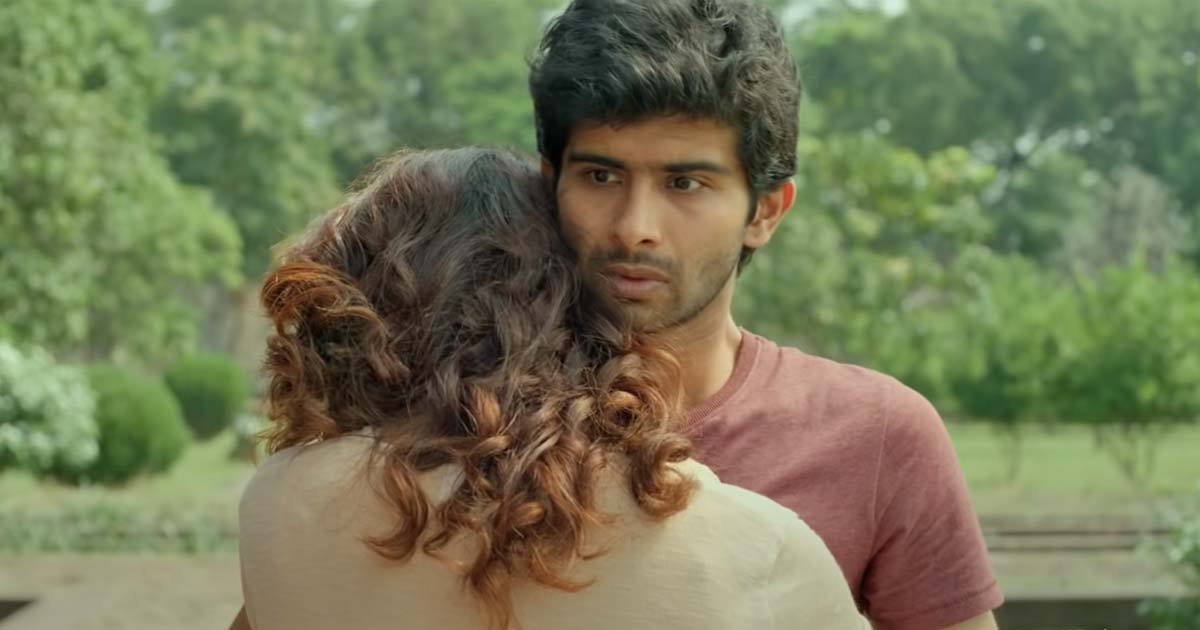 June movie review rating: 2.5/5 stars (two and a half stars)

What’s bad: Lacks a good build to connect with the characters

loo break: It’s only 90 minutes; check it out if you join

To watch or not?: If you can watch a movie for what it tells rather than how it does, then go ahead!

It starts with Pune’s Neha (Nehha Pendse Bayas) moving to his husband’s childhood home in Aurangabad without him. Hampered by her daring presence in the colony, some residents resist her way of life. But there is Neel (Siddharth Menon) who relates to her bewilderment which is eccentric to others. Neel is a failed engineer burdened by a dark secret he’s been carrying around for a long time.

Although they are committed to their lives with other people, Neha & Neel cling to the bleak events in their lives. They share their dark secrets in hopes of finding a solution. But what happens after that? Will they fall for each other, heal themselves, or realize this isn’t forever? This is what June is all about.

The story of Nikhil Mahajan says a lot, it only takes you 90 minutes. Now that might not be a good thing at all, as certain things take time to build a connection. This gets emotional before the film even starts, as the makers thank legendary director Nishi sir (Nishikant Kamat) and remind us that we can’t board a ‘Dombivali Fast’ even after the lockdown has ended. It is dark. Yes, that’s the best adjective I could get to describe Mahajan’s story, dark. It’s so dark that in one extreme scene, the protagonist does something strange with his pen.

But is all this darkness worth it? That’s another debate, because to lead your viewers into that darkness you have to see them the brightly lit lives of the characters before it, but that’s not happening here. You are immediately thrown into the already gloomy life of Neel & Neha. The script revolves around the difficult-to-explain concept of ‘letting go’ and deals with multiple subplots – one between the main lines, and they both have their backstories involving other people. It’s not cinematically possible to tackle them all in just 90 minutes.

Nikhil Mahajan & Hrishikesh Petwe’s montage is certainly fast, but as explained above, it takes it from the emotional depth. Quais Waseq’s camera work follows the basic route most of the time, but he does his best to include some neatly placed low-angle and drone shots.

Nehha Pendse Bayas is pure magic in this, albeit a dark one. From trusting her character to be independent to tackling the ghosts of her past, she nails every possible aspect. She goes straight to 🥺 of 😑 for a scene, and that shows her prosperous range.

Siddharth Menon plays Neel at the risk of looking like Kabir Singh/Arjun Reddy, but he brings a range of raw emotions with him. He plays the complexity of Neel with the right conviction needed for such a role. Siddharth is endowed with most of the flesh and leaves no chance to make a mark on himself.

Post her stint in Breathe Into The Shadows & Ek Thi Begum, this is Resham Shrivardhan’s debut Marathi movie, and she’s pretty much okay. It’s also partly due to the weak writing around her character Nicky. Sanskruti Balgude is only there for a few scenes and adds nothing of note.

Kiran Karmarkar, as Neel’s father, is another victim of an average character sketch, as he could have added a whole lot of depth to the existing turmoil. Nilesh Diwekar as the stereotypical president of the colony is wasted. Jitendra Joshi’s cameo towards the end doesn’t add anything out-of-the-box to the script, but it’s always a joy to watch him act.

Suhrud Godbole, Vaibhav Khisti’s direction is ordinary, to sum up in one word. The directing relies entirely on Mahajan’s script and adds nothing to intrigue you other than the dialogue-heavy nature due to the writing. That’s where an ‘I’m Thinking Of Ending Things’ stands out, relying on both brilliant writing and superb directing. Mahajan’s story is uncertain and vulnerable, but it lacks the bar of absurdity. A top-of-my-head example is Neel’s friendship with his friend at the hostel is never well developed, but it takes on a dark twist that gets wasted because you just can’t connect to it.

The music of Shalmali Kholgade forms a beautiful whole with the aura of June. But it lacks a few good songs that would have had a bigger impact. ‘Baba’ remains the best song, but the timing takes away its gloomy charm.

All said and done; it’s a complex story of two complicated strangers who have become more than friends and find a simple way to live their lives. Backed up with two compelling performances, a beautiful message, it still feels incomplete due to the rushed script.

Two and a half stars!