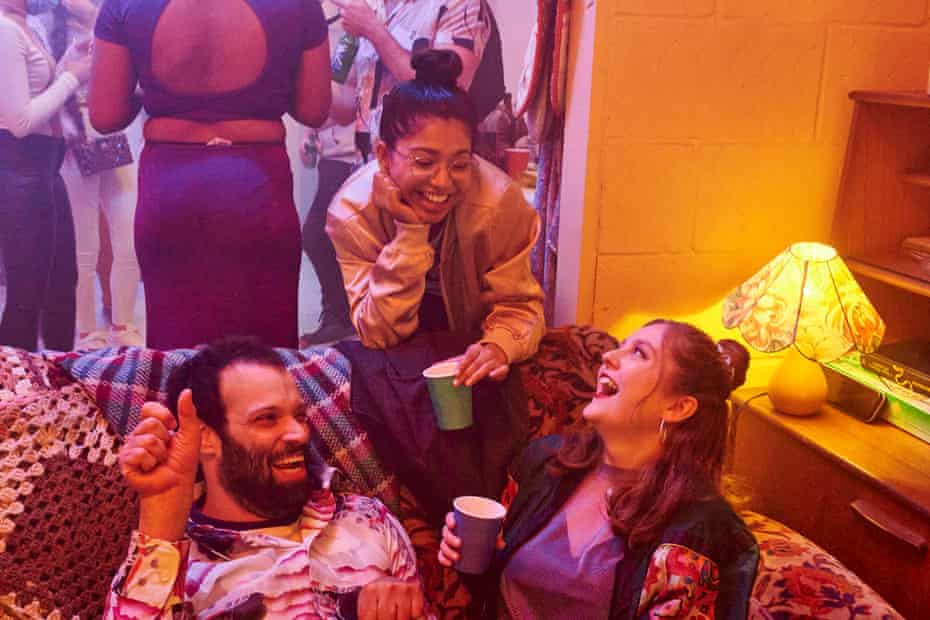 the jerk is back. “Do I look like a terrorist?” he questions airport security as he returns from his native USA to Britain. Tim has cerebral palsy and is more nervous than the average nervous suicide bomber. “Actually, yes,” replies the official. “You look like you might have been blown up by one of your own poorly made devices.”

What is clear is that Renkow is not writing a show that makes viewing easy. Renkow plays the eponymous jerk who enjoys making able-bodied people feel uncomfortable.

Sometimes it’s easier to laugh. It’s obviously OK to laugh at British Border Control, a gift for comedy that keeps on giving. “But you’re obviously just an asshole,” the guard continues. “I don’t feel like processing you.” “It’s so easy to get into this country,” Tim says as he races past. Jerk says nothing so overtly critical of government policy as that hospitalizations and deaths in Britain rose thanks to the stupid admission of travelers infected with the Delta variant, but that’s how I decoded this exchange.

In Jerk’s first series, Tim’s cerebral palsy gave him carte blanche to get away with saying what others don’t dare. He was Larry David with a twist — none of the willing Brits this obnoxious American met, especially his super-gullible friend Idris, didn’t dare confront Tim about his sociopathic ways.

In series two, Renkow heightens the danger as he once again shows that he is to political correctness what Boris Johnson is to statesmanship. Back in Britain, Tim struggles with a rent-free flat and a student visa. His field is puppetry, through a postgraduate course. Why? Possibly to spread the lie that you cannot be what you cannot see. But he’s too much of a slacker to fulfill that fate. Tim just wants to work with the system and be 3,000 miles away from his ball-busting mom, played by Lorraine Bracco, who shows up on video chat to tell her son to use condoms, “Don’t get anyone pregnant, okay,” ’cause they’ll come out like you .” So sweet.

However, here’s the twist. Between series one and two, Tim has become identity-liquid voguish. Tim describes himself as able-bodied and challenges everyone to contradict him. This results in extremely awkward scenes where our hero struggles to get in or out of a chair at the college bar; no one can help him, at the risk of undermining his right to identify himself as whatever he wants to be. “We live in a post-label society,” says Idris. “If Tim decides to identify as able-bodied, that’s fine.”

Even Idris, the kind of guy who unironically wears a “This is what a feminist looks like” T-shirt, is trumped in virtue signaling by the student he likes, Bobbiey (played by the droll Helen Monks). The more she accuses him of political incorrectness, the more he adores her. When he offers to have a drink, she snaps: “Can’t you hang out with someone who you see as a woman who pays for a round?”

The rest of the first episode is a funny meditation on the absurdity of a society that seems to be based on giving everyone the right to define themselves, but which easily shows its true colors in crisis. When Tim manages to blow away £200 worth of cocaine at a college party, Bobbiey refuses to accept that his disability caused the accident. “He’s just another healthy cis-white who thinks he can do anything,” she says, caught up in her own ostensibly post-oppressive ideology.

Fortunately, however, there is one person who is even more terrible than Tim. Ruth, the uncaring caretaker (played with majestic gruffness by Sharon Rooney) returns as an empathy-free zone who, like Tim, only exists more, to exploit virtuous numpies like Bobbiey and Idris. In fact, Jerk isn’t so much a sitcom about disabilities as it is about how the virtuous are robbed by sociopaths. There is a running gag about Ruth demanding Idris for caretakers when she enters the room. In reality, there has never been a case worthy of less applause than Ruth. Tim’s a jerk, but Ruth’s a sociopathic slacker. That should be the title for her spin-off series.