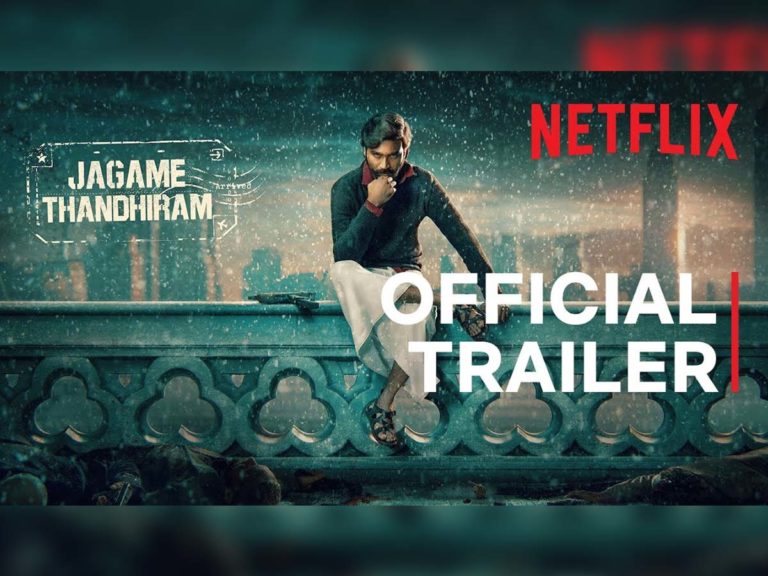 Tamil actor Dhanush stars as a Madurai gangster in an upcoming action drama Jagame Thandhiram, which is being directed by Karthik Subbaraj. Today, the makers of Jagame Thandhiram released a trailer in which Dhanush is a witty gangster and he promises that the drama to come will be a lot of fun. He travels from Madurai to London and hooks up with a local mobster played by James Cosmo of Game of Thrones fame. Hollywood actor James Cosmo makes his debut in the Indian film industry with Dhanush actor Jagame Thandhiram.

The upcoming much-hyped action thriller Jagame Thandhiram, which marks the first collaboration between Dhanush and Karthik Subbaraj, will premiere on Netflix on June 18. Producer S Sashikanth of Y Not Studio has finally announced that Dhanush starrer will be released on Netflix.

Jagame Thandhiram was originally set to hit theaters in the month of April 2020. However, its release was delayed due to the coronavirus pandemic. The makers eventually announced that the film will skip theaters and hit Netflix straight away.

Dhanush was last seen in the Tamil drama Karnan, and he is currently shooting for his upcoming Netflix film The Gray Man by Russo Brother.

7 reasons to watch Mare Of Easttown on Disney+ Hotstar