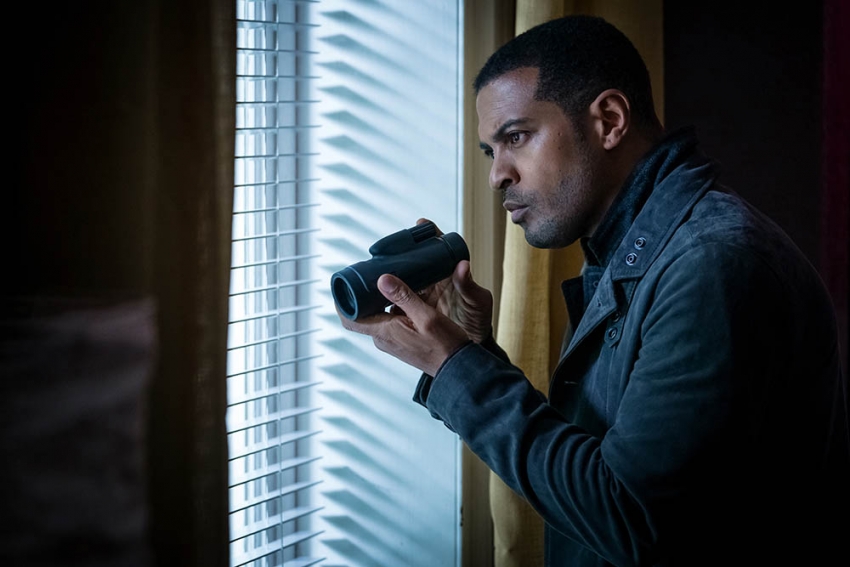 Viewpoint was canceled by ITV on Friday, but is Episode 5 still available on ITV Hub? How can fans watch the latest episode?

Viewpoint was thrilling ITV viewers after it arrived on April 26 and aired every day until April 30.

On April 29 allegations of sexual harassment and bullying emerged against protagonist Noel Clarke.

As a result, ITV pulled the last episode from Viewpoint before it could air, but is the series still available on ITV Hub? Is there any way to watch Episode 5 online?

Located in a tight-knit Manchester community, Zoe’s window offers panoramic views of Westbury Square and a direct line of sight to the home of Gray Sullivan (Fehinti Balogun), Gemma’s friend and prime suspect in her disappearance.

Not long after accepting his post, however, Martin King realizes that almost everyone in Westbury Square has a secret they’d rather not share.

Is Viewpoint still on ITV Hub?

Following the last minute cancellation of Episode 5 on Friday, April 30, ITV has made the final episode available for a “limited time” on ITV Hub.

That limited time eventually became two days, as all signs of Viewpoint had disappeared from ITV Hub by May 3.

Is there any way to watch Episode 5?

Following the last-minute cancellation on April 30, Viewpoint was made available on ITV Hub starting Friday evening.

The final episode was available for two days, but by May 3, all episodes of the series had been removed from the ITV catch-up service.

Fans who want to legally watch the latest episode will be disappointed to learn that there doesn’t seem to be a way to do this.

The last episode was unofficially uploaded to YouTube but given that it violated copyright laws, the episode has since been removed.

Viewpoint started to air ITV on Monday, April 26, 2021, but was pulled out following the rise of allegations against actor Noel Clarke.

In other news, the 1899 Netflix release date confirmed? Series cast and plot explored