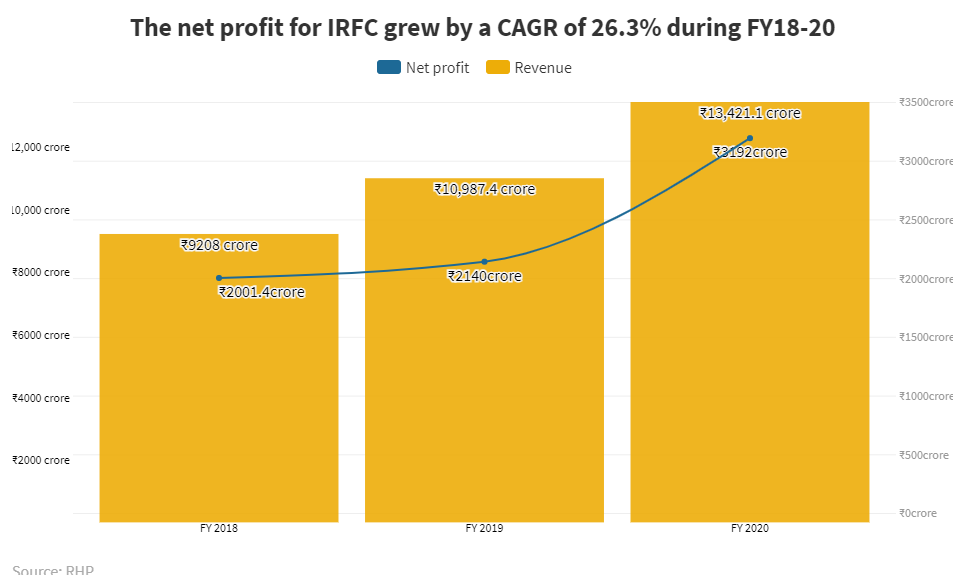 The initial public offering of ₹ 4,634 crore (IPO) from Indian Railway Finance Corporation (IRFC) is now open for subscription. The public company issue will remain open until January 20, making it the first IPO of 2021.

The best thing about the loan arm for the Indian Railways is the cost-plus model. Whatever fees IRFC pays to get money from the market, the Department of Railways has agreed to pay a little more as margin. This certainty of a profit margin is a big advantage to IRFC, which is why almost every analyst on the street has a ‘subscribe’ rating on the IPO.

The gray market premium indicates moderate demand for its stock – the stock had a premium of 8% on the issue price band from ₹ 25-26 per share. However, investment experts believe that this could be due to the clash between the IPO and Indigo Paints, and investors may be divided based on their interest.
Everything you need to know about IRFC IPO:

Cheap valuation, healthy financial data, growth visibility and much more – here’s what analysts have to say about the IPO

Analysts believe that the IPO is attractively priced and offers investors a good investment opportunity. The brokerage firm’s team, Anand Rathi, has emphasized that the company is reasonably valued at its current valuation and enjoys high credit ratings. At the upper price tier, the shares are offered at 8 times earnings and 0.97 times price to book ratio, with a market capitalization of ₹ 33,978 crore.

Price-book value is the financial ratio used to compare the market value of a stock to its book value. Traditionally, any value below 1 is considered a good P / B value, indicating a potentially undervalued inventory.

It has a ‘monopoly’ in the sector

According to Kotak Securities, the Railways’ extensive expansion plans will bring significant funding in the future and will dramatically increase the company’s operations as the primary source of funding for the Indian Railways. In fiscal year 2020, it funded ₹ 713.92 billion, accounting for 48.22% of Indian Railways’ actual capital expenditures.

As the company funds the Ministry of Railways, it has a significantly low customer risk profile and no concerns about asset quality. As of September 2020, IRFC had no non-performing assets.

Creditworthiness is a crucial indicator for any NBFC. And IRFC has the highest possible credit rating for an Indian issuer, for both domestic and international loans, given its diversified source of funding.

ICICI Direct says the company has managed to keep borrowing costs competitive due to its diversified funding sources, highest credit rating and strategic relationship with the Department of Railways.
Healthy financial position and cost-plus model

The company has also delivered consistent financial performance over the past three financial years. Total revenues grew at a compound annual growth rate (CAGR) of 19% from FY17 to March 2020. And net profit grew at a CAGR of 26.3% during FY18-20.

According to Kotak Securities, the company’s cost-plus-based Standard Lease Agreement with the Department of Railways (MoR) has in the past provided them with a margin above the weighted average cost of incremental loans set in consultation by the MoR. And the cost-plus pricing model for financing typically offers a relatively higher margin.

ALSO SEE: The startup behind Chhota Bheem, Motu Patlu and Shikari Shambhu is back with an IPO plan – after a series of acquisitions and fundraisersPhotos show ascending troops and barriers locking down Washington, DC, prior to Biden’s inauguration