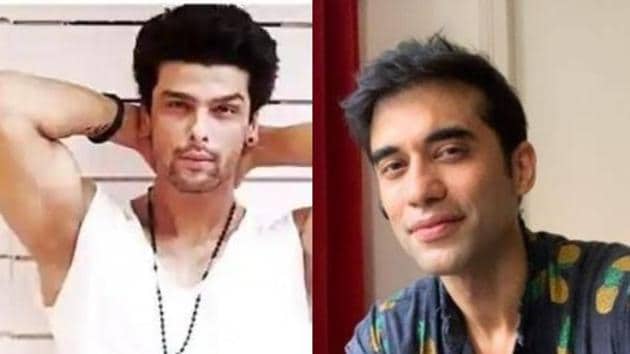 While Karanvir Bohra quickly apologized for his typo, Kushal Tandon couldn’t help making fun of him. After stating that he was still alive, Kushal Tandon asked Karanvir also not to ‘drink anymore’.

Karanvir had shared a report on his initiative, writing Thursday, “And I’m glad @reenajabran and I started a day like today #SuicidePreventionDay. I loved #KushalTandon so much. We’d also like to mention #chetanhansraj & @MeetBrosHarmeet, v thought of starting something like this and each of us is doing a bit of 4 a goal like #SuicideAwareness. ”

Kushal added in another post, “Don’t drink anymore, you’ve got a baby Baby is coming.” Karanvir’s wife Teejay Sidhu is five months pregnant and they are ready to welcome their third child soon.

Kushal Punjabi, 37, left a suicide note saying, “No one is responsible for my suicide.” Karanvir was one of the first to post on social media about the actor’s death. “Your demise has shocked me a lot. I’m still in denial @itsme_kushalpunjabi I know you’re in a happier place, but this is unfathomable. The way you live your life has really inspired me in more ways than one ..” but what did I need to know. Your passion for dancing, fitness, off-road cycling, fatherhood and most of all that smiling face of yours, your happy nature, your warmth, everything that was so real I will miss you so much #kushlani. be like a man who has lived a full life. # dancingdaddy #fit #lifeenthusiast #biker #smilingface #onelifeliveitright #restinpeace #omnamoshivaya, “he had written.”

On World Suicide Prevention Day on Thursday, Karanvir announced a mental health awareness initiative. Continuing on the same, Karanvir had told Pinkvilla, “After experiencing the loss of my good friend Kushal Punjabi, I realized that such troubles of the mind as depression and anxiety, through which drastic steps such as suicide are taken, must be openly addressed, accepted and addressed. The lockdown has also seen some unfortunate suicide incidents that absolutely shocked us all! So then I started working on my ‘Kushal Mangal series, an initiative to spread awareness about mental health issues and how people can address them and help themselves to handle them in a better way and, most importantly, understand how and why they occur, through my social media platforms.