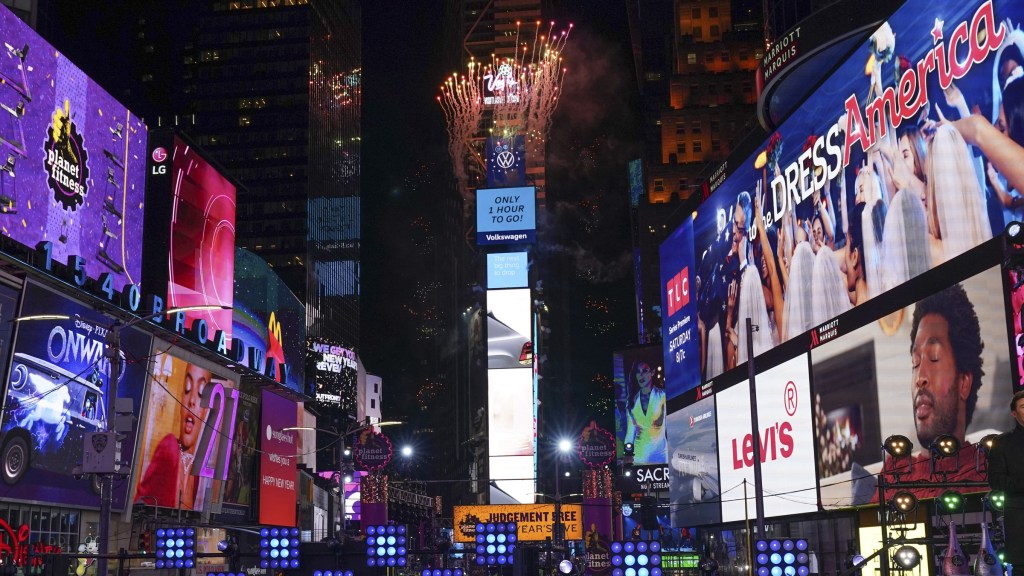 Times Square in New York City is closed to the public this New Year’s Eve, but you can live stream the festivities, including the famous 2021 ball drop and musical performances, for free.

You can watch the show in the video window below and on multiple websites, including TimesSquareNYC.org NewYearsEve.nyc NYE2021.com, Vimeos Livestream.com/2021 and TimesSquareBall.netIt will also be available on Facebook (facebook.com/timessquarenyc) and Twitter (twitter.com/TimesSquareNYC

Singer-songwriter Andra Day will direct the ad-free live webcast. Ready to perform her Grammy-nominated single “Rise Up” and “Forever Mine,” Day will continue the New Year’s Eve tradition of singing John Lennon’s “Imagine” just before the One Times Square midnight ball.

The 12th Annual Times Square NYE Webcast will also be available in apps (for iOS and Android) from Jamestown Properties, the company that owns One Times Square. The apps’ virtual New Year’s Eve experience includes augmented reality features; the ability to select multiple camera feeds from Times Square; and live video from parties in the US and around the world.

In addition to the ball drop, 2,000 pounds of multicolored confetti are blasted into Times Square at midnight, including thousands of wishes from individuals who submitted them in Times Square Virtual wish wall

This year marks the first time since 1907 that the New Year’s Eve ball drop in Times Square will not receive crowds of spectators. Event organizers said all broadcast activities will follow New York State guidelines for media production during the COVID-19 emergency, including observing testing protocols and screenings and requiring participants to remain masked at all times, except during the performance .

From Drishyam 2 to Pitta Kathalu, which will be streamed in February