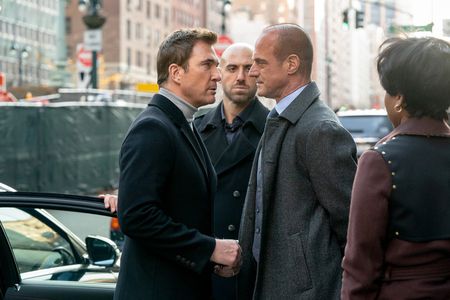 Christopher Meloni’s Det. Elliot Stabler is on the hunt for his wife’s murderer. After looking down on a mob boss in the series premiere last week, the show ended in a surprise death. What consequences will this have for the new task force that Stabler has joined? Watch what happens next when Episode 2 of “Law & Order: Organized Crime” airs Thursday, April 8 at 10pm Eastern.

Dylan McDermott also joins the cast as Richard Wheatley, whose criminal enterprise is the primary target of the Organized Crime task force.

Note to readers: If you buy something from one of our affiliate links, we may earn a commission.

Queen Of The South Season 5 Release Date, Here’s What You Need To Know

Is Mr. Beast racist and homophobic? Check Out These Twitter Videos That Expose Him – FilmyOne.com