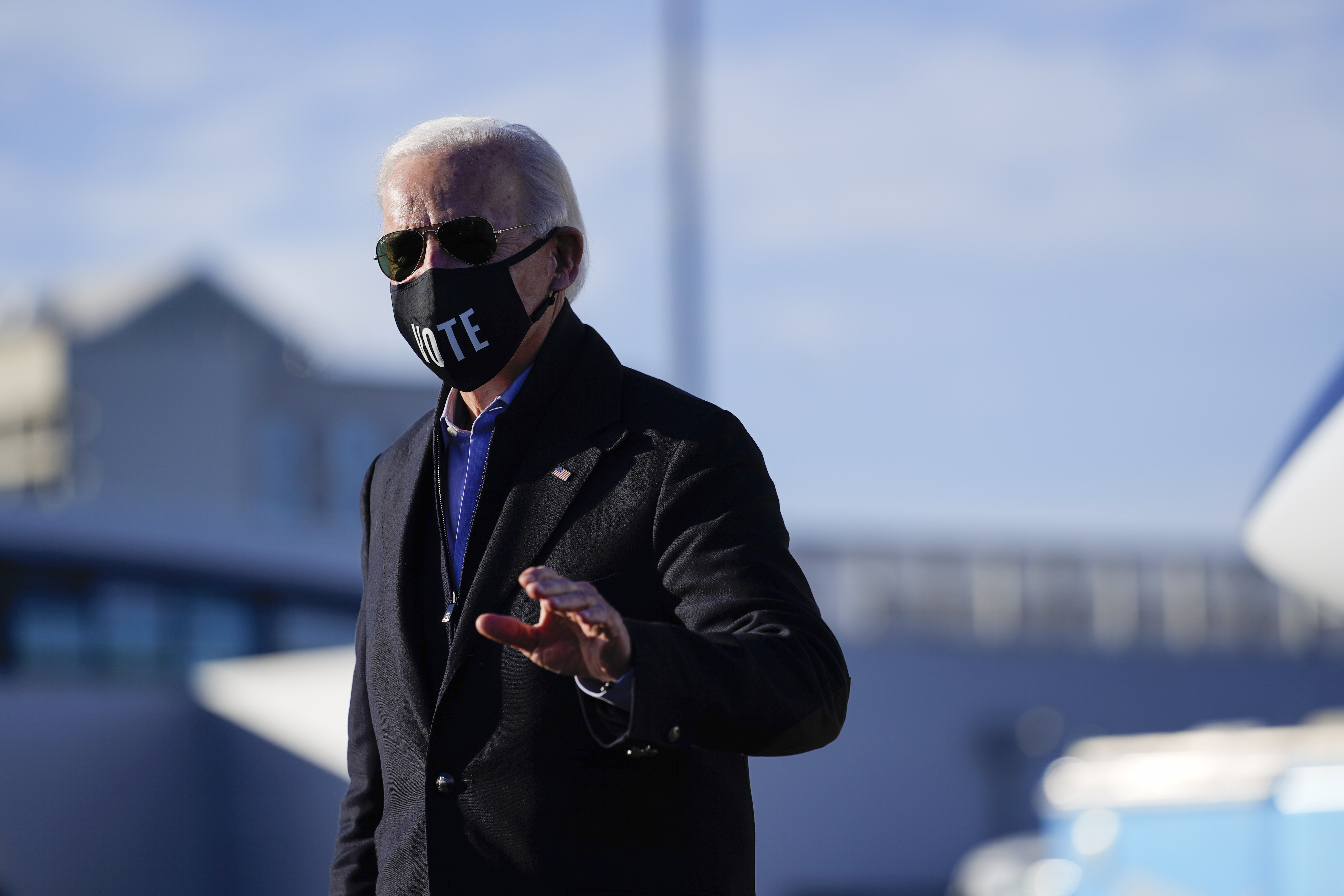 Viewers can follow the run-up to the inauguration of the president and vice president starting today. Yes today.

The inauguration of the President-elect Joe Biden and vice president-elect Kamala Harris will take place on Wednesday, January 20, 2021. Viewers will be able to watch the event from the comfort of their homes via a variety of cable television and online sources.

Biden’s inauguration is expected to be broadcast on all mainstream television media networks, including CNN MSNBC, ABC, CBS News and Fox newsThe event is also expected to be streamed online on most major news media websites.

While the networks vary their start times leading up to the event – for example, CNN’s coverage starts at 4 p.m. ET today – they all start at 10 a.m. ET / 7 a.m. PT. Lady Gaga will sign “The Star-Spangled Banner” at approximately 10:30 am ET / 7:30 am PT, according to VarietyOther performers include Jennifer Lopez, poet Amanda Gorman and Andrea Hall, a firefighter who will recite the pledge of allegiance. Father Leo O’Donovan will deliver the invocation and Dr. Silvester Beaman’s blessing. The event will, as traditionally, take place on the west steps of the Capitol.

President Donald J. Trump, after inciting insurgents to storm the Capitol on December 6, said he will not attend the event. In response, Biden said Trump’s refusal to attend was one “good thing” and “he surpassed even my worst ideas about him” and that “he embarrassed the country.”

Vice President Mike Pence, who was in the Capitol during the coup attempt that killed five people, will attend the inauguration along with former Presidents Barack Obama, Bill Clinton and George W. Bush. According to NPR, security will be extraordinarily tight during the event, which was already downsized due to the coronavirus pandemic. The National Mall has been closed to the public since last Friday.

While presidential inaugurations have historically been bombastic affairs involving parades and galas, the upcoming Biden event will be relatively tame due to COVID-19 and a week of unprecedented unrest in a country that previously prided itself on peaceful transitions of power. Congress’ Joint Congressional Committee on Inaugural Ceremonies announced on December 16 that tickets to Biden’s inauguration would be limited to members of Congress and a guest of choice from each congressman.

“The JCCIC, in consultation with diversified public health and medical experts and the Presidential Inaugural Committee, determined that this global pandemic and the increase in COVID-19 cases warranted a difficult decision to stop participating in the 59th Inauguration ceremonies in front of a live audience resembling a state of the Union, ”JCCIC Chairman Roy Blunt said in the statement. “We are also working on better opportunities to watch the ceremonies online, in addition to traditional national television coverage.”

In December, Biden’s inaugural committee advised Americans to stay at home during his swearing-in to prevent the spread of the coronavirus. Biden has stated that his upcoming inauguration will happen probably a reflection of the 2020 Democratic National Convention, which was remotely detained for security reasons related to the coronavirus. That said, according to tradition, Biden and Harris are still expected to be sworn into the Capitol.

The theme for Biden’s inauguration is “Our Determined Democracy: Forging a more perfect Union.” While it’s unclear what Biden will discuss at his inauguration address, the president-to-be is expected to outline his plans for dealing with the ongoing coronavirus pandemic, which killed more than 350,000 Americans in the past year.

Sign Up: Keep up to date with the latest movie and TV news! Sign up for our email newsletters here.