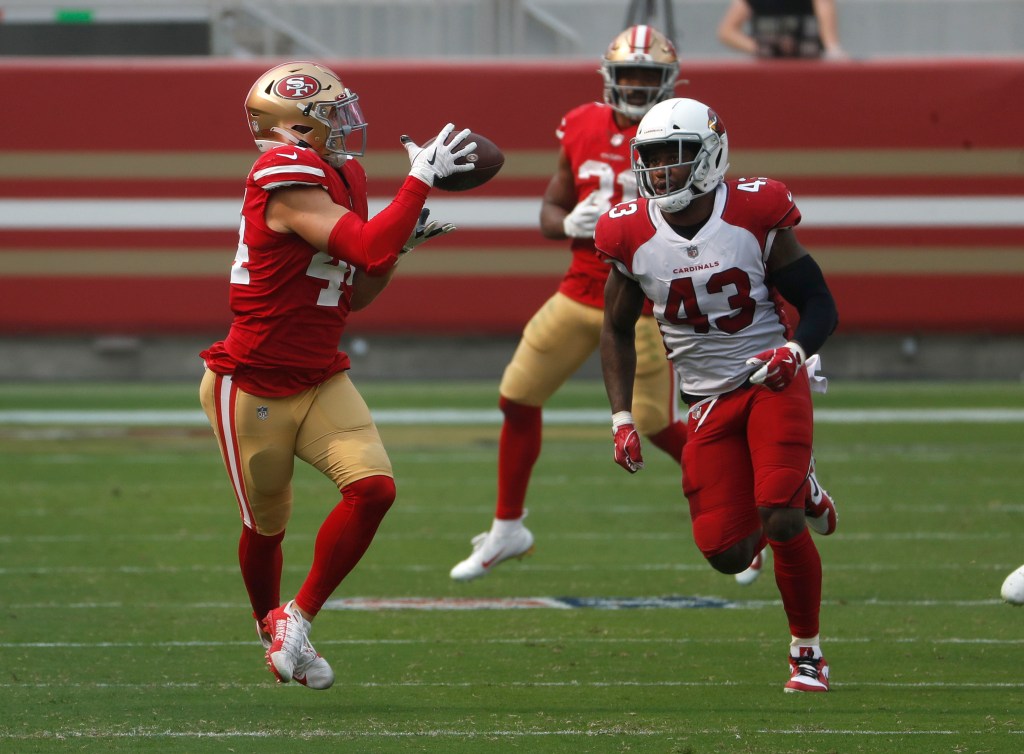 The holiday season is certainly filled with Amazon searches for many Americans staying at home this year.

On Saturday afternoon you can add a new one to the list.

The 49ers vs. Arizona Cardinals game (1:30 p.m.) will be broadcast on TV in each team’s local market (NBC Bay Area/ KSAZ), but otherwise it will only be available through Amazon’s Prime Video streaming service or Amazon’s Twitch streaming.

The Amazon Prime Video app can be downloaded on most streaming devices such as Roku, Apple TV, and Amazon Fire Stick, but the game is only available to Prime members in the app.

The Twitch stream will be available online and will feature former NFL players Andrew Hawkins and Chris Long, as well as broadcaster Cari Champion.

Some of those involved in the broadcast may be more recognizable to 49ers fans than the Niners’ players themselves. Injuries and illness have decimated San Francisco’s roster, including further problems for the quarterback depth chart this week as Nick Mullens undergoes elbow surgery and Josh Johnson came on the COVID-19 list as a backup to the practice squad.

Starting below center will be third-stringer CJ Beathard, and his backup will be Josh Rosen, a former top pick of Cardinals who signed the 49ers off to the Buccaneers’ practice squad this week.

A familiar face likely to return to the game action on Saturday is George Kittle, who missed nearly two months after breaking a bone in his foot on Nov. 1.

You can sign up for one free 30 day trial of Amazon Prime hereA full year of Prime access costs $ 119, or a monthly subscription costs 12.99 / month.