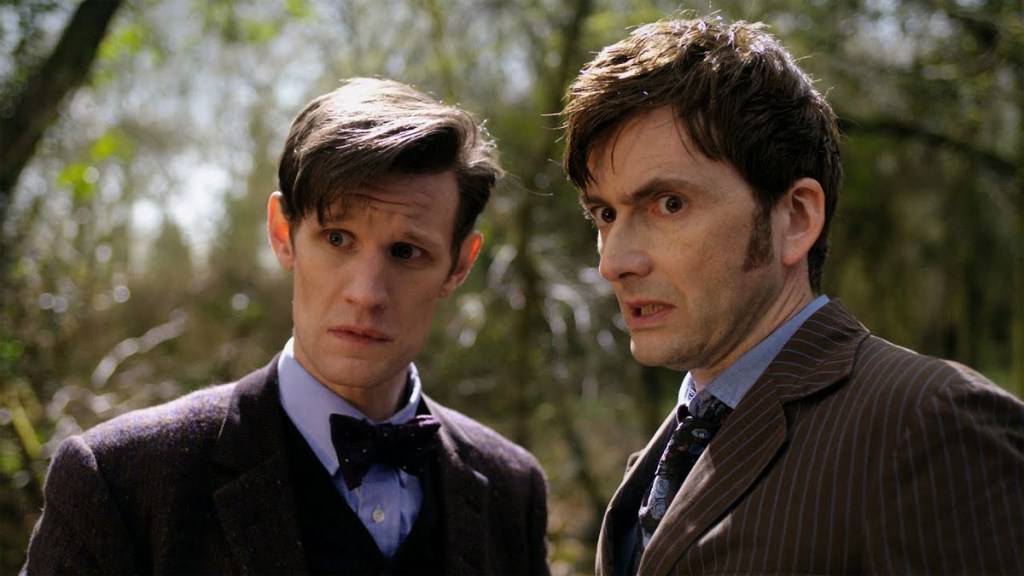 At the dawn of his 50this year, the show was back on screens and three doctors for eight years. The show’s modern incarnation had rekindled the nation’s love affair with doctor who, adding widespread critical acclaim and worldwide commercial success to its former cult appeal. It was clear that this anniversary special had to be the biggest and boldest ever, and it turned out.

Showrunner Steven Moffat brought out his best mind-blowing, timeless-ness on “Day of the Doctor,” a story that includes UNIT, Zygons, time-traveling paintings, a re-framing of the Time War, the re-the rise and resurrection of Gallifrey, and, of course , the sheer joy of the tenth and eleventh doctors having the time of their lives working together. Adding to the mix, instead of the Ninth Doctor (after Christopher Eccleston declined to participate), was John Hurt’s The War Doctor, a grey, exhausted veteran of The Time War – The Doctor who came into being because he was able to do things that other doctors couldn’t or wouldn’t do, but which in the end proved that he was more than worthy of the doctorate. Not to mention the appearance of the mysterious Curator at the end of the episode, with a very familiar but time-worn face.

2013 was a shame of wealth for the show. Not only did we get the thrilling and captivating “Day of the Doctor,” but also “An Adventure in Space and Time,” the moving and contemplative story of William Hartnell’s (played here by future First Doctor, David Bradley) relationship with the show; ‘The Night of the Doctor’, a mini-episode featuring the welcome return of the Eighth Doctor (Paul McGann); and of course the absolutely amazing ‘The Five-ish Doctors’, a surreal, meta, very funny, Control your enthusiasmstyle romp that followed the exploits of Peter Davison, Colin Baker and Sylvester McCoy as they desperately tried to put themselves in the 50this anniversary celebrations.

So what about the 60this? Traditionally, these kinds of milestones are not celebrated with as much intensity and fervor as, say, the 25this or the 50this. However, given that the show seems to be declining in ratings and popularity, perhaps a big barnstormer is just what the doctor ordered; something to give the show a chance to see through the next six decades, rather than risk it tumbling over a cliff and teetering into the desert of its next wilderness years.

A multi-doctor story seems like the best way to do that. But who, and how much? Although Christopher Eccleston has returned to the Whoniverse in Big Finish form, the jury is still out on whether he would be willing to re-enter a full-fledged BBC iteration of the show. While the faces of the rest of the modern contingent are still fresh, it would be a joy to see the tenth, eleventh, twelfth and thirteenth doctors converge. Maybe even paired with the Eighth Doctor, who definitely deserves another crack on the whip on the small screen, however briefly. However, it is more likely that Jo Martin’s fugitive doctor will be the one who will join them, depending on whether or not she returns in the next 13 years.this season, and how her arc ends.

What about involving the classic Doctors? Not in a peripheral capacity as a sequel to ‘The Five-ish Doctors’ (although that would be very welcome), but because of the near-infinite possibilities inherent in the show’s premise, it certainly wouldn’t be hard to find a story in which Doctors Four to Seven returned in their signature outfits, along with their contemporary and very lived-in faces. Perhaps some entity could pluck them from the time streams and imprison them, explaining their appearance by some kind of misdemeanor or lack of time. Big Finish has already given us the ultimate pleasure of the Tenth Doctor working alongside the Fourth and Fifth Doctors. What a joy it would be to see the sixth and twelfth doctors trying to outdo each other, or the fourth doctor judging the eleventh’s bow tie?