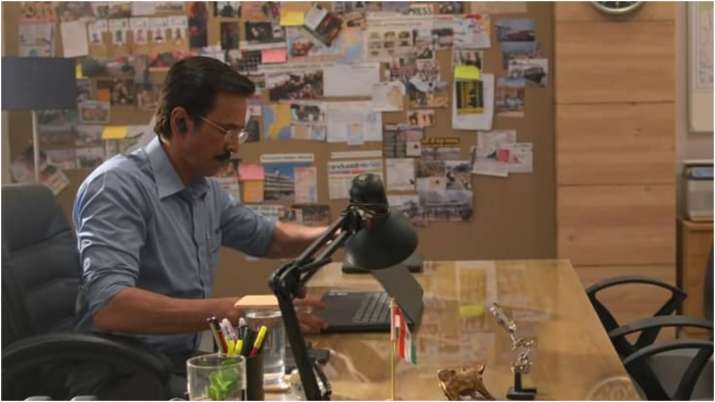 India will celebrate its 73rd Republic Day on Wednesday. The day brings out the patriotic spirit in the citizens of the country and to keep up with the fervor, check out some web series titles here that pay tribute to the country and its heroes and celebrate being Indian. You can binge watch them with your friends and family and your heart is sure to swell with pride.

One of the most talked-about Hindi web series is the Manoj Bajpayee starrer The Family Man. Manoj plays Shrikant Tiwari, a middle-class man who secretly works as a senior officer in the Threat Analysis and Surveillance Cell (TASK) and does everything he can to save his country. his own family, this series captures the essence of being a public servant. The show is tempered with humor that makes it fun and will instill in you the patriotic spirit. You can stream this series on Amazon Prime Video.

In this series, Kay Kay Menon plays Himmat Singh, a RAW agent who investigates the prime suspects of the Parliament terror attack in 2001. Vinay Pathak plays the skilled cop who helps Himmat at all costs. This show captures the spirit of being Indian and what it means to be dutiful to the nation. You can watch all episodes on Disney+Hotstar.

One aspect that everyone forgets when we talk about terrorist attacks is the impact it has on hospitals. The first web series to show the reality of what doctors faced during the 26/11 terror attacks in Mumbai is Mumbai Diaries 26/11. This web series, starring Mohit Raina and Konkona Sen Sharma, shows what primary care providers did to save lives when they had limited medical supplies and an overwhelming number of patients while faced with a terrorist attack. The series is available for streaming on Amazon Prime Video.

Regiment Diaries is a tale of the Indian Army – a living chronicle of events – told by the same men who follow the illustrious feats of their predecessors. The series allows the soldiers to share their stories, often inspires us and brings tears to our eyes, but certainly makes us realize how much sacrifice is made to protect the country so that the people can continue to live their lives peacefully. It is available on Netflix.

It is an Indian historical drama serial starring Mohit Raina, Prakhar Shukla and Mukul Dev. The show is based on the battle of Saragarhi, fought between Sikh soldiers of the British Indian Army and Pashtun Orakzai tribesmen. This is one of the most underrated web series lost among the plethora of series available on every streaming service. It is available on Discovery Jeet and shows how Indians held up against foreign invasion.

This series is based on the true events of men and women in the Indian National Army (INA) led by Subhash Chandra Bose. Born of Indian soldiers who defected to the Japanese Empire during World War II, the INA had the first women’s infantry regiment since the Russian units of 1917-1918. The story shows how these soldiers (made up of both men and women) fought against all odds to make India independent. It is available for streaming on Amazon Prime Video.

Jennifer Winget anchors this thriller drama, as an army lawyer, Monica Mehra, is roped in to solve what appears to be an open and closed case of the deaths of an army officer and two militant suspects, killed in an encounter, but uncovers many dark spots. and disturbing secrets in the process. This series is available on ALT Balaji and ZEE5.

How to Watch Peacemaker Episode 5 Online: Release Date and Time