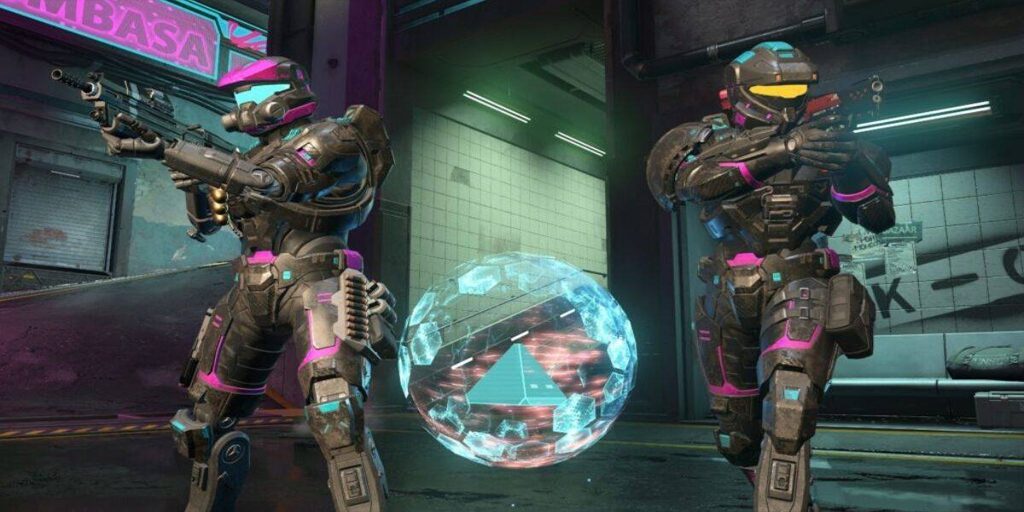 With the new year comes the new event for the Halo Infinite Multiplayer Cyber ​​Showdown Event. Did it bring new modes? What are the rewards in the Cyber ​​Showdown Event? How long will this event last? Welcome Spartan, this blog answers all your questions about the new Cyber ​​Showdown event, so scroll down and find out all about the event. Halo Infinite is a science-fiction action-adventure first-person shooter video game by 343 Industries. Infinite is the sixth main installment in the Halo franchise. The game has been released on Xbox One, Xbox Series X/S, Microsoft Windows. The game was released on Xbox Game Pass on day one.

Halo Infinite is the third game in the new arc of the Halo franchise called Reclaimer Saga. The game follows the Master Chief on his quest to stop a hostile mercenary organization, the Banished, from recovering something unknown from the Forerunner’s ringworld known as Installation 07. Halo Infinite is a different game from its predecessors in two ways. The first is that it has a semi-open world environment with side missions like rescuing UNSC soldiers, killing Banished members, etc. And the second is that the Multiplayer is a free-to-play game and a surprise release for the fans was, release on November 15, 2021, on the 20th birthday of the Halo franchise. Halo Infinite was received positively by critics and fans alike upon release.

In this mode, the team play is very important, literally, because the team has a limited number of lives. When the lives run out, the player killed after exhaustion can only return to the game when a teammate respawns them. But the players have to be careful because the enemy team may come and kill you while making the team reappear. The team that exhausts the opponent’s lives and kills all opponents after they are exhausted wins.

If you thought this was all, then you’re wrong, the map will have a zone that will shrink, just like the Battle Royale, and kill the players if they are outside the zone. The mode has the best-of-three gameplay where the team that wins three times wins the game. The card on which the Exhaustion Mode is available is: bazaar, Streets, Aquarius, colossus, living fire, and Load.

We don’t know yet if Attrition mode will persist after the Cyber ​​Showdown event. And if it is removed, whether it comes back or not. But based on the past events where the developers have added new modes like Fiesta and Free-For-All, there is hope that Attrition mode will make a comeback.

Like the Tenrai event, all the rewards in the Cyber ​​Showdown are free, meaning the players can get rewards without spending real money in Halo Infinite. There are a total of ten rewards in the event. The rewards are:

When does the Cyber ​​Showdown event end?

The Cyber ​​Showdown event started on January 18, 2022 and lasts only two weeks. The event will end on January 31, 2022, meaning players will need to pull out all the stops in just two weeks to receive all ten of the events’ rewards.

343 Industries has not said whether the Cyber ​​Showdown Event will return or not, like the Tenrai Event, which will return in February. So let’s cross our fingers and hope it comes back so that whoever can’t complete and get the reward of the event will have another chance to achieve it in the future.