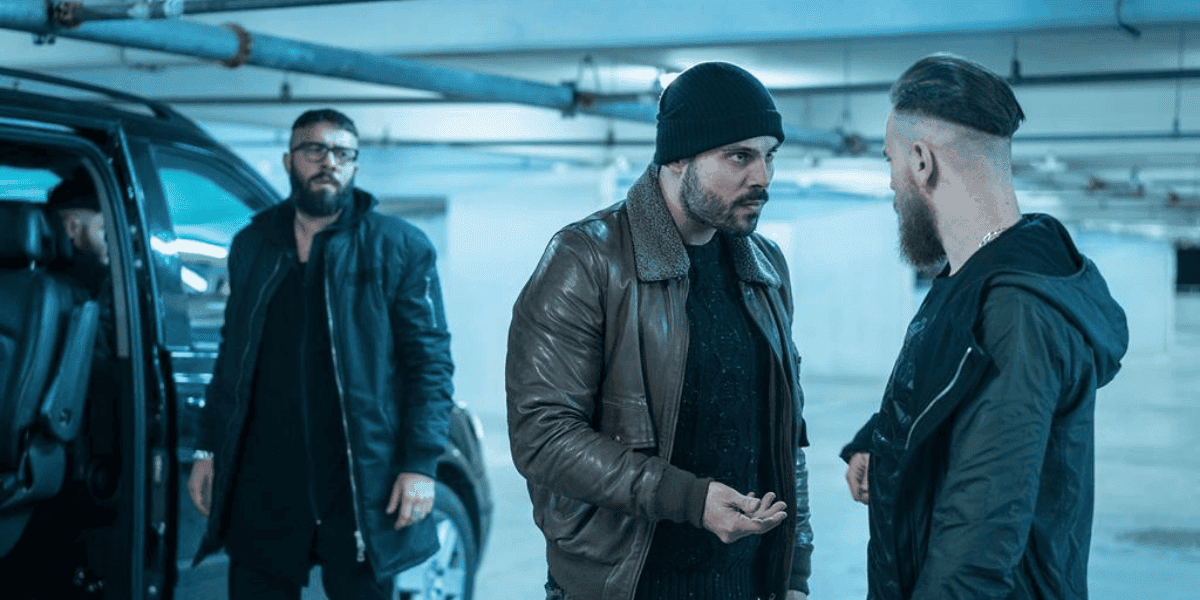 With the advent of OTT platforms, television may have taken a backseat, but there are certain fantastic shows you could never get. That’s why a lot of it has also been picked up by various platforms, such as Gomorrah Season 5.

Gomorrah by Roberto Saviano is an Italian criminal television drama. Sky Atlantic first aired the acclaimed series. This is one of the greatest Italian series of all time.

Television has been graced in the past by brilliant shows such as The Game of Thrones, Bojack Horseman, Stranger Things, etc. Over the past decade, but viewers and fans can rightly claim that Gomorrah is one of the best shows to come out.

If you like superhero movies and series, check out the new announcement about Black Adam here.

The viewers have been addicted to the great series for a long time and are eagerly waiting to see another season, Gomorrah Season 5 or not? Well, we have good news for all those people.

Gomorrah’s fifth season has been officially confirmed. It’s also worth noting that this is the last installment. “# Gomorra5 will be the final season and your reports, from all over the world, of affection mixed with sadness for this news, are very moving. It has been a long journey and as always we will try to do our best ”, Salvatore Esposito spread the expected information through his tweet.

This Italian crime drama series, developed by Roberto Saviano, premiered in 2014 and is based on Roberto’s 2006 novel of the same name.

Some may already be familiar with the plot, as a 2008 movie of the same name, also based on Roberto’s book directed by Matteo Garrone, featured the same story.

The story largely revolves around Ciro Di Marzio, who is a member of the Savastano clan, led by Pietro Savastano, and the show follows his life in Naples. The story begins with the arrest of Pietro and a power struggle ensues in the background.

The younger generation of members, led by Pietro’s son Gennaro, fight the older members for dominance. The entire series revolves around rival crime families vying for control of the city of Naples. It’s really about betrayal and getting a head start.

It is sold in 190 countries around the world and is already a success for Sky, as one of the most watched cable shows on the network. Characterization, tempo, setting, acting, direction and scripting were also praised for the series.

If you think you are someone who loves vigilante crime fighting stories, check out the new update on Robert Pattinson Batman.

The Plotline of Gomorrah Season 4

Ruggeri chases and gets closer to Gennaro in Season 4 of the series, while also discovering Patrizia.

Gennaro, on the other hand, gets acquainted with Michelangelo and delegates about Ruggeri.

With the help of Michelangelo, he then defends Patrizia.

He questions Patrizia about her relationship with Ruggeri and what she told the enemy.

She fiercely resists all details, but Gennaro discovers her betrayal and executes her and Michelangelo.

Marco D’Amore and Claudio Capellini, who led the show from chapter one, will each oversee 5 chapters and serve as creative managers.

Lead developers Leonardo Fasoli and Maddalena Ravagli, who co-created the Bible with Roberto Saviano, are writing the highly anticipated new scripts for the most famous Italian series ever, The New York Times currently ranked # 5 of the top 30 overseas shows of recent years.

The finishing touch of the makers is provided by Gianluca Leoncini and Valerio Cilio.

If you’re a fan of excellently written shows and anime series, check out the new Wakfu Season 4 announcement here.

The Plotline of Gomorrah Season 5

Ruggeri appears to be approaching Genny towards the end of Season 4. After they reach an agreement, Patrizia decides to talk to Ruggeri. He’s curious about Genny, but when Ruggeri asks Patrizia if she’s seen Genny, she pauses.

Genny also meets diplomats and Michelangelo, who will help him free Patrizia. They have a final talk on the private plane after Genny’s plans come through and Patrizia is free. He is curious about Patrizia’s conversation with Ruggeri and whether she has said anything about him.

When she claims she didn’t, Genny doesn’t believe her. Michelangelo and Patrizia are both murdered during the conversation.

After these events in Season 4, the story would resume from there. Season 5 picks up where the previous season left off.

Genny lies low in his hidden underground chamber after the murders of Michelangelo and Patrizia. Season 5 focuses on what fate has in mind for Genny, with Ruggeri and the police close behind.

Genny has been through a lot in his life and has made many mistakes that put him in a difficult situation. When the show comes to an end, in the fifth and final season, all cards are placed on the table. Can the Savastano family be destroyed?

According to the information, Gomorrah Season 5 is expected to release sometime in the second half of the year 2021. It was previously reported that the shoot for the show was scheduled for June 2020.

But like everything else in the world, the COVID-19 pandemic had a major impact on production with the soaring cases, the scarcity of insurance and the less available test kits made it difficult to continue production. Now we can only wait for the official fresh season release dates.

Gomorrah Season 5 will be released on the Sky TV

The sky is the leading production and entertainment company in Europe and part of the Comcast family.

They have amassed 24 million customers by providing content on web series, sports, news and movies on their platforms.

The fans have only gone crazy for the news that it is coming back. The acclaimed series would be sorely missed, according to several fans. The loyal and new fan base has thrown a lot of love overboard throughout the series.

The creators thanked the people who expressed their enormous love for the show and let the show run for 5 seasons. So what do you expect from the new season, let us know in the comments?