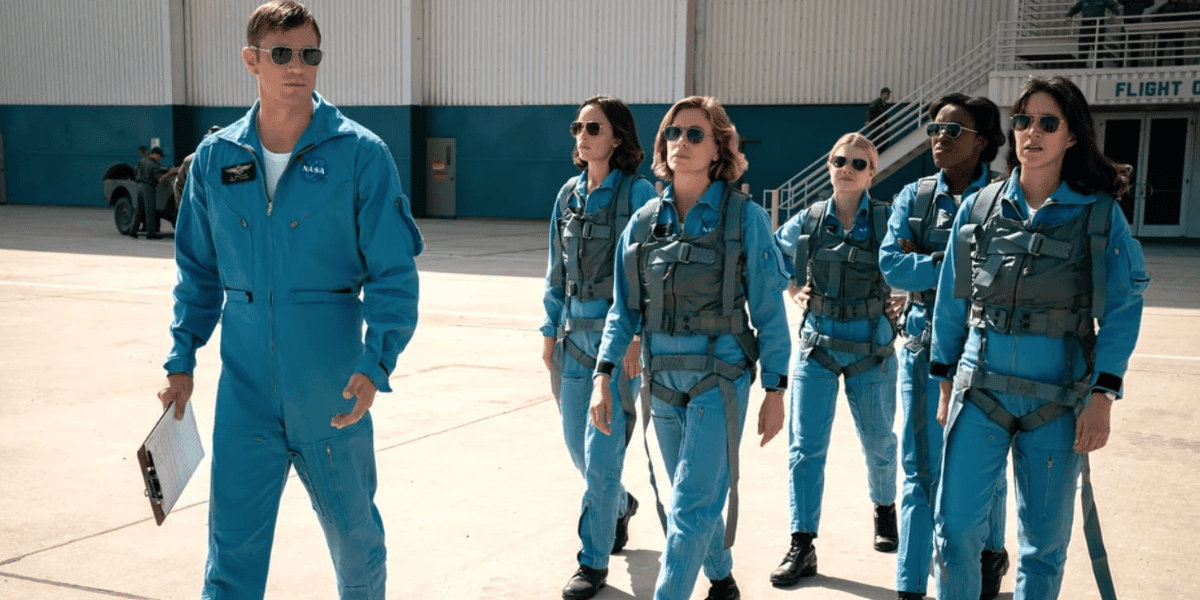 Apple TV+ has officially renewed it for a third season. Ronald D. Moore, Ben Nedivi and Matt Wolpert created the series ‘For All Mankind’.

The series is a Sci-Fi, Drama and Alternate History series. On IMDb, “For All Mankind” was rated 7.8 out of 10. The story of this TV show is set in 1969. In this series, the Soviet Union and the United States compete in a space race.

We expect “For All Mankind: Season 3” to consist of 10 episodes, each with its own title. The shooting of season 3 had already started on February 25, 2021.

Read the full article to learn all about the third season of ‘For All Mankind’.

There is no information about the release date of the trailer yet. That’s not surprising since the shooting started a few months ago.

We’re not expecting a trailer until much closer to the premiere date, and we’ll be releasing it as soon as it becomes available.

If you’re looking for something comedy, check out Top 5 Comedy Movies!

Plot of For All Mankind: Season 3

The Season 2 finale concludes with a shot of an astronaut’s boot on the surface of Mars. Is it one of NASA’s astronauts? A cosmonaut from the Soviet Union? Someone from another country? We have no idea. At the end of Season 2, it is revealed that Sergei (Piotr Adamczyk) is faking at least some of his feelings for Margo and instead tries to use her to reveal NASA secrets to the USSR.

It is uncertain whether this narrative detail carries over into the 1994 time frame. In our chronology, the USSR fell apart in 1989. But will that be the case in this 1994 version? Will the Soviet Union still exist in the “For All Mankind” alternative of the 1990s?

We don’t know much about the For All Mankind season 3 story, other than Mars and the likely subplot where Margo is being spied on. In an interview with Inverse, Ron Moore states that the pursuit continued well into the 1990s.

Moore also stated that “these things are fluid and organic,” meaning the show could continue to run long after season 3, or that season 3 could be the show’s final season. It all depends on what happens to those boots on Mars and what’s really going on in this bizarre 1994 version.

Cast of For All Mankind: Season 3

The first season took place in the 1970s while the second was in the 1980s, featuring many of the same cast members as the astronauts.

With the third season supposedly shifting into the 1990s, it looks like a new cast of younger astronauts will be needed to replace the older faces who won’t be taking part in these adventures.

We will most likely see the return of:

There is also a possibility that the following characters will return, although they will be older due to the time jump:

It will also be difficult to bring Michael Dorman and Sarah Jones back to life. While this is an alternate reality, it is not a fantasy. Since the two characters sacrificed themselves in Season 2 of “For All Mankind,” we shouldn’t expect to see them again in Season 3 unless it’s via flashbacks.

Release Date of For All Mankind: Season 3

Season 3 of “For All Mankind” began filming in early 2021. So there is no release date yet and this series will need a lot of special effects before it can air.

Season 1 of “For All Mankind” began in November 2019 and was immediately renewed. Regardless, the coronavirus epidemic hampered production and season 2 didn’t premiere until February 2021.

Although the renewal arrived months earlier, they had to wait until February 2021 to start production after the restrictions were released. The third season will likely debut in early 2022, perhaps in the spring.

From behind-the-scenes tweaks to various plot aspects that will completely redefine the status quo of the entire series, the third season of For All Mankind is sure to look and feel different from the previously released seasons.

To make a foundation of the story in your head. Watch previously released seasons before the release of the third. The series “For All Mankind” can be viewed on the popular platform Apple TV+. It’s a stunning watch. Look at it!

Check out the post regularly and stay tuned for more updates on ‘For All Mankind: Season 3’.

Army of Thieves: The Prequel of Army of Death has finally confirmed its release date