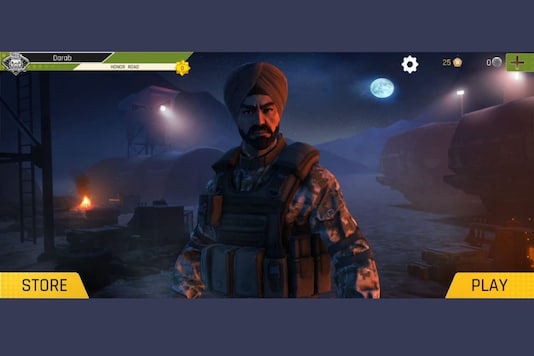 FAU-G developers had previously teased the arrival of the battle royale mode and deathmatch to the title, but no information has been shared yet.

Fearless and United Guards, aka FAU-G, is finally available on the Apple Store, meaning users with an iPhone, iPad and iPod can now play the action mobile title. The ‘made in India’ title debuted in the country on January 26 with a single campaign mode and was rolled out to global markets a few weeks later. According to the App Store listing, the title is 643MB in size and requires iOS 10.0 or iPadOS 10.0 and above to function. The app is free to download but supports in-app purchases for artillery. 30 coins in the app are worth Rs 89 while 1200 coins are worth Rs 899. Apple’s App Store privacy labels also show that the app tracks usage data and collects information such as purchases, contact information, user content, identifiers, usage data, and diagnostics data. . This information is collected to improve the user experience or to deliver targeted advertising.

The development was also shared by FAU-G developer nCore Games on Twitter and other social media handles. Last month, the developers had claimed that the tile would soon have Deathmatch in-game to enable the multiplayer mode. The goal of a deathmatch is usually to fragment as many players in the game as possible while keeping yourself alive. The upcoming game mode reportedly allows users to form a team of five members. however, the exact availability details are still unknown. Prior to launch, nCore Games chief Vishal Gondal had also told FilmyOne.com that the game would be getting the Battle Royale mode, but no details have surfaced yet.

With its availability in the Apple App Store, FAU-G hopes to reach more users and improve overall ratings. The title was launched in India with much fanfare, after the very popular PUGB Mobile was banned. During our review, we had found FAU-G’s graphics to be quite sharp, but the fight sequences seemed a bit monotonous after a while. The lack of game modes in the game also made it less exciting.

Have you downloaded ‘World of Warcraft’? Check out the new features – FilmyOne.com