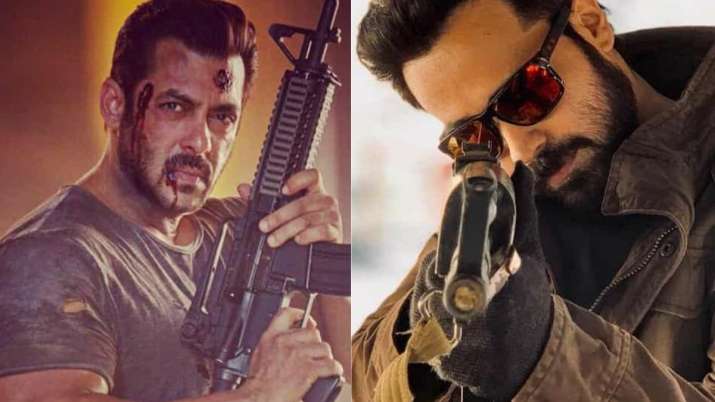 After the success of Ek Tha Tiger and Tiger Zinda Hai, superstar Salman Khan and Katrina Kaif are all set to treat their fans to the third installment of the Tiger 3 series. Although the creators haven’t officially announced it, the superstar is gearing up for his role and, according to the buzz on social media, he will be fighting Emraan Hashmi as the bad guy. Reports claim that YRF found Hashmi perfect for the role of the villain in the movie, and he’s even standing up to take on Salman Khan. Given the vigorous action seen in the first two films, fans are excited to see another thrilling showdown in Tiger 3.

Reports also claim the film will hit the floors in March. Salman Khan is currently preparing for the release of his highly anticipated film Radhe: your Most Wanted Bhai. The actor returns with the role of a cop. Directed by Prabhudeva, the movie also stars Disha Patani and Randeep Hooda. It will hit the screen on Eid 2021.

The film was supposed to be released on Eid 2020, but the COVID19 pandemic played a bummer. Salman had announced the movie along with the trailer launch of his latest movie Dabangg 3. The announcement of the movie sparked speculation that it could be a sequel to Wanted, in which his character was called Radhe. By the way, Wanted was directed by Prabhu Deva, who also directed Radhe.

However, Salman put an end to all the rumors at the trailer launch of Dabanng 3. “The name was actually in Tere Naam and then we used it in ‘Wanted’. It’s a completely different movie. It has nothing to do with it. Wanted. It’s bigger than Wanted, ‘the actor said.

In addition to Radhe: Your Most Wanted Bhai, Salman has also prepared Kick 2, Antim and Kabhi Eid Kabhi Diwali.

PHOTOS: Vijay Deverakonda looks super cool in casuals as he steps into town