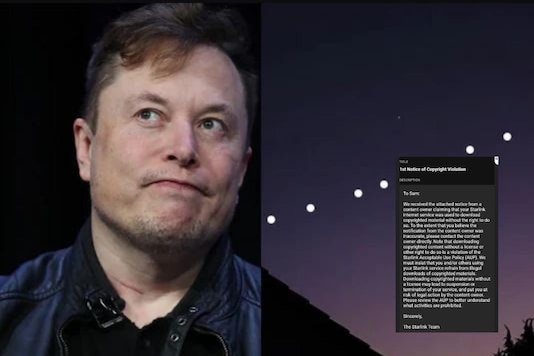 SpaceX’s Starlink uses more than 1,300 satellites in orbit, but the Internet comes from the ground stations integrated into local fiber optic networks.

If you’re brutally trying to pirate movies on Starlink, SpaceX’s satellite internet service, brace yourself for a warning from the company asking you to quit. A Starlink customer was interested to know if SpaceX is enforcing its regulations against downloading copyrighted content and the answer is yes. The subscriber, “substrate-97,” posted the piracy warning he received from SpaceX this weekend on Reddit. The warning message stated that the company insists that its subscribers do not download illegal or copyrighted content using the Starlink service. The warning message further detailed that downloading copyrighted content without a license may result in suspension or even termination of the service and also result in legal action by the owner of the original content.

While it’s not exactly difficult to get around an ISP’s monitoring, piracy should be discouraged at all costs. Using a Virtual Private Network (VPN) can prevent an ISP from monitoring internet traffic as it encrypts the connection. So a Starlink subscriber can still download illegal content on the service

SpaceX’s Starlink uses more than 1,300 satellites in orbit, but the Internet comes from the ground stations integrated into local fiber optic networks.

The company’s warning message also mentioned that Starlink is trying to curb piracy, just like other conventional internet service providers.

If the ISP recognizes a download for a copyrighted movie, the provider can automatically issue a warning to the subscriber committing the violation.

For the first time ever, you can see the sun explode in 3D