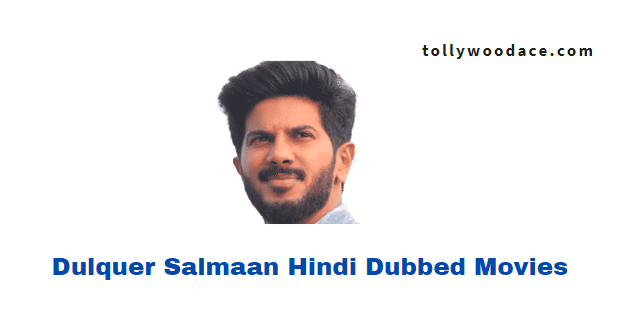 Dulquer Salmaan debuted in 2012 Malayalam movie “Second Show”, his Tamil debut movie is Vaayai Moodi Pesavum (2014), Telugu debut is Mahanati (2018) and his Hindi debut movie is Karwaan (2018). He has acted in more than 25 movies in a short span of time, even in Tamil, Telugu and Hindi movies. So today we are going to list some Hindi dubbed movies by Dulquer Salmaan. In the section below you will find the complete list of Dulquer Salmaan Hindi movies till 2021.

Dulquer also has a number of other projects in the pipeline. He is waiting for the release of the upcoming Malayalam movie Kurup which is based on the life of the notorious criminal Sukumara Kurup. Dulquer also recently finished shooting the police thriller Salute. He will play the role of Sub-Inspector Aravind Karunakaran. Despite cop thrillers being a popular genre in Indian cinema, Dulquer will be seen as a cop for the first time in his career. Directed by Rosshan Andrews, Diana Penty stars opposite Dulquer.

Although Dulquer is the most vivacious actor and son of the great Malayalam Super Star, he is always ready to share screen space with other stars in Telugu and Hindi. He recently portrayed the lifelike character of Gemini Ganesan in Mahanati. He has also made Hindi movies with big Bollywood names like Irrfan Khan and Sonam Kapoor. He is then coming with a direct Telugu film (Lieutenant Ram Yuddamtho Rasina Prema Kadha) and a Tamil film (Hey Sinamika) in 2021.

Everything we know about season 2 of The Witcher

‘You Are My Spring’ Recap: Netflix K-Drama Season 1 Finale