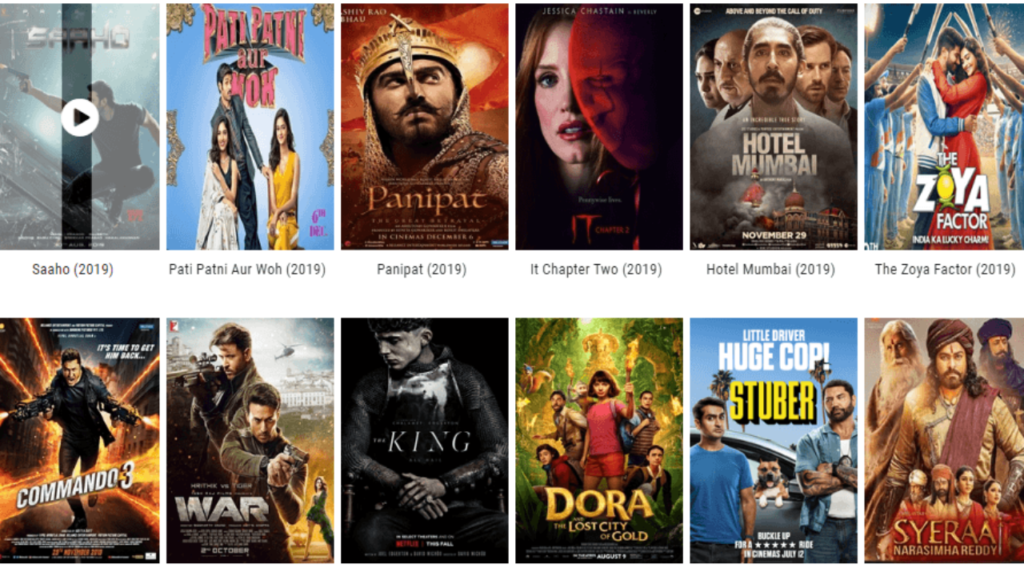 The infamous torrent website Bollyshare is known for movie leaks, TV shows and web series. It has leaked the highly anticipated movies like Avengers and Parasite to Ford v Ferrari, Once Upon A Time In Hollywood and The Lion King.

Bollyshare has also leaked many Bollywood movies, including such films as Love Aaj Kal, Jawaani Jaaneman, Dabangg 3 and Pagalpanti. The website also offers free content from OTT platforms such as Netflix, Amazon Prime, Hulu, Hooq, and Ullu. Movies and web series can be downloaded from many streaming qualities, ranging from 360p, 7800 to HD and 1080p.

Due to its user-friendly and unique interface, Bollyshare has managed to attract quite a few visitors. The site also offers free South Indian movies on their website in original HD quality audio.

BollyShare has two sister websites called BollyFilma.com and FreeMovies.wap. While the former offers the site an extensive list of Bollywood, Hindi Dubbed, and Punjabi movies, the latter offers newly released Hollywood, Tollywood, and other vernacular languages.

All content provided by Bollyshare is illegal and marked as pirated. The piracy law in India states that downloading a copyrighted movie from a website or helping someone to download movies illegally can put you in prison for six months to three years, with a fine between Rs 50,000 and Rs 2 lakh.

Do you want to stream ‘One Night in Miami’? Here’s How to Watch