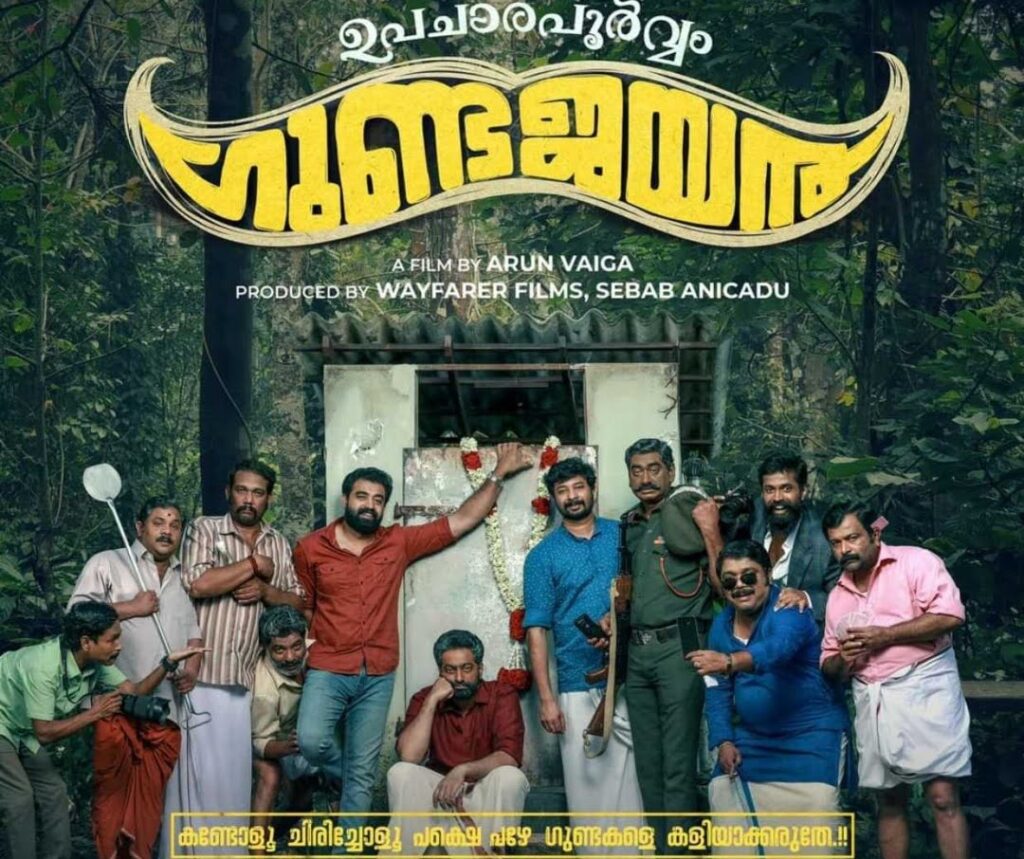 The trailer of ‘Upacharapurvam Gunda Jayan’ starring Saiju Kurup has been released. Written and directed by Arun Vaiga, the film is scripted by Rajesh Verma. The film is being produced by Dulquer Salman under the banner of Wafere Films and Sebab Anicad under the banner of My Dreams Entertainment. After the blockbuster success of ‘Kurup’, this is another film produced by Dulquer Salman. ‘Upacharapurvam Gunda Jayan’ is the 100th film of Saiju Kurup’s career.

Two songs from the movie were released in the last few weeks. The trailer comes after that. The trailer of the movie hints that the movie has been prepared in such a way that it can be described as a complete comedy entertainer. Gunda Jayan will be coming to the theaters from February 25.