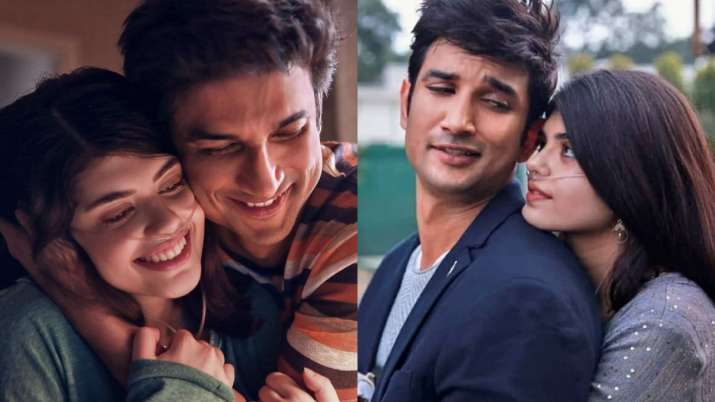 Late Sushant Singh Rajput’s final film, Dil Bechara, is due to be released in a few days and fans are waiting to experience the brilliant actor’s magic on their screens. While the movie was due to hit the big screens in May, it was pushed due to the COVID19 pandemic. After the actor died of suicide on June 14, the creators thought it would be a heartfelt tribute to him to release the film on OTT platform so that his fans could once again rejoice at his presence. Directed by Mukesh Chhabra, the songs from Sushant Singh Rajput’s films have already appeared on YouTube and are topping the charts.

Dil Bechara marks the acting debut of the popular model Sanjana Sanghi. It is an official Hindi adaptation of the Hollywood movie The Fault In Our Stars, based on John Greene’s adult novel of the same name. In the film, Sanjana plays the role of Kizie Basu who is diagnosed with cancer, while Sushant plays Manny who has survived cancer. The movie was previously called Kizie and Manny.

Dil Bechara: Where and When to Watch

Dil Bechara will be available to all subscribers and non-subscribers from July 24 to watch online on Disney Plus Hotstar.

Sanjana Sanghi recalls director Mukesh Chhabra saying to her, “I want you to speak, understand and participate in Bengali culture, as a Bengali would.” She added, “(I felt) initially frustrated with him at how he could place such high demands on me.”

The debutante attended workshops and trained for a few months, seven hours a day at the National School of Drama. She also took basic elocution lessons in Bengali.

“When we finally got on set, I understood why really learning the language was so crucial. I never felt lost. I always understood what my (screen) parents were discussing in Bengali. I could add something to the beats. myself what’s good and what’s not – it was so challenging to accomplish, but it ultimately helped me feel stronger, ”she said.

Stay tuned for all the latest news and updates Facebook page