Karthik Aryan great comedic timing great actor and a lively person. Watch the movies, this image of Karthik will also come to mind. You have also been successful with this formula, in such a situation the career also increases. But now the first risk has been taken. Abandon comic timing, abandon romance, Karthik has taken on a serious character. Laughter has no place for jokes, only natural and serious acting has to be done. The name of the movie is dhamaka, the director is Ram Madhvani. We tell if the risk was a profitable deal for Karthik.

Arjun Mathur is a radio jockey, who in the mornings tells people about the city and talks about the problems. One day suddenly during the show Arjun gets a phone call, the caller reveals his name that Raghubir Mahata and he threatens to bomb Mumbai’s C-Link. Considering her words a joke, Arjun disconnects the phone, but Arjun and the rest of the office are shocked to see what happens next. Arjun sees from the window of his building that the Sea-Link is on fire.

There has been a bomb explosion. After this, some of the social issues in the film have been covered through the conversation of Arjun and Raghubir. Arjun communicates with Raghubir in the broadcast during the prime time of his channel and tries to figure out the motive behind him. Raghubir threatens her with more bombings and at the same time makes his demand on her. Where Raghubir has his own motive, Arjun wants to bring a rousing TRP for his channel. To what extent are both going to fulfill their purpose? The whole story revolves around why Raghubir detonated this bomb and why he calls Arjun to tell about it.

The assessment and analysis

In fact, this remake of a Korean film is made in the same style as a reporter who reports an incident in the newspapers while sitting at the table and writing a copy. Without going by chance. There is no sound or effect in the explosion. Karthik Aryan was not a TV anchor. There are no gestures of anchors on his face, nor mature. The cleverness of the anchors is also lacking in their character. One scene in the movie is funny. Here Arjun, who is performing live, is accused of taking bribes because he has not led any news and on the other hand, the anchor who is in another channel connects the line with him and starts to ask for clarification on the charges live. You can laugh at this explosive understanding of the creators. When Aryan leaves the romance comedy and takes on this seriousness, it’s like a proverbial saying that he’s shaving his head.

Now it’s a remake, so nothing has changed about the story. There are some Bollywood spice in it, but the plot is there. In such a situation, no complaint can be made about the story. It is kept very crunchy and everything goes very fast. The entire movie is completed in just 103 minutes. There is no space to keep songs and there is only one and only drama to be seen.

There is no doubt that Kartik Aaryan looks very different in this movie from the rest of his movies. Seeing Karthik in this movie will give you an idea of ​​his talent. Karthik, who until now played the character Boy Next Door, has played the role of news anchor. There is an intensity to his character, which Karthik has held onto immensely. Fear, apprehension, faith, regret, sorrow… every expression is straight on Kartik’s face. At the same time, Amrita Subhash and Mrunal Thakur have also fully showcased their characters. 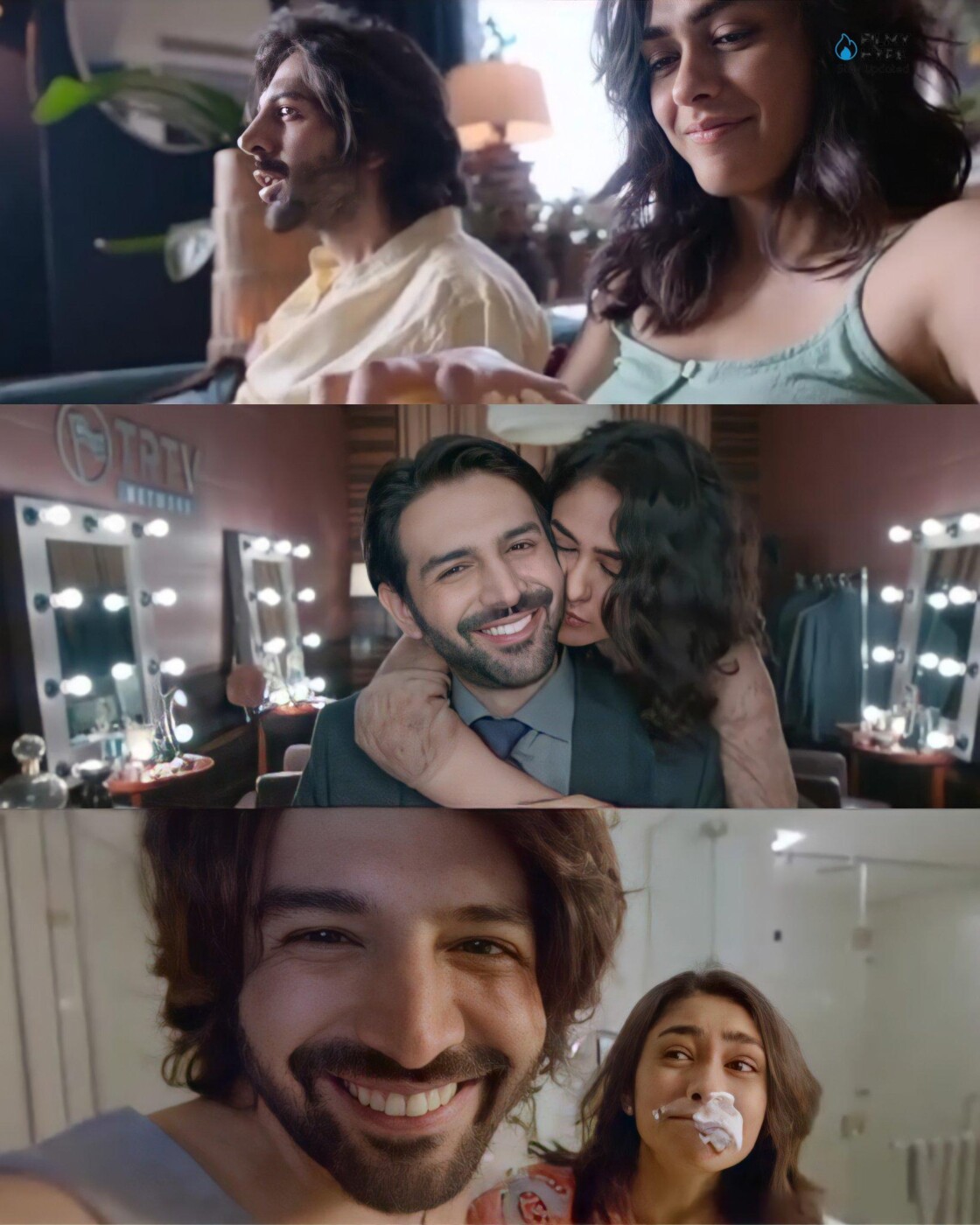 Mrunal also did a good job. Small role but managed to leave its mark. The role of reporter has been played with great seriousness. There are other characters in the newsroom who have made up for the creators’ decline. Amrita Subhash, who became Arjun’s boss, also fits her character. Whatever work was given to her, she did it. Vikas Kumar, who became the inspector of Anti Terror Squad, is also right. Limited his character a bit but it can’t be his fault.

Editing by Monisha Baldwa and Amit Kariya takes the film up a notch. The film, about two and a half hours long, starts with exactly the same subject and ends with the same theme. The film focuses on its characters. ‘Dhamaka’ also gets some points for his VFX. At the same time, Manu Anand’s camera work is sublime. The film is mainly set in a single room and has been captured on camera in great detail.

Director Ram Madhvani who received praise for directing Neerja and Arya (series), has tried to bring something different to the public. Let me tell you that this movie is somehow reminiscent of A Wednesday directed by Neeraj Pandey, where an ordinary man, plagued by terrorism, decides to take revenge. At the same time, together with Dhamaka politics and corruption, the running race in society is the target. Through the conversation between a news anchor and a terrorist, Ram Madhvani has raised many issues, but not much has come to pass. Some questions even feel left out.

The most positive side of the film is the actors. From Kartik Aaryan to Amrita Subhash and Mrinal Thakur; All the actors looked perfect in their characters. Where the film is weak is the second half. Somewhere in the film there is a sarcasm about politics, then somewhere about the media. In general, it does not disappoint and does not give hope. The Kartik Aaryan starrer Dhamaka can distract you a bit. What a man does to get something in his life, how far can he go, RAM Madhvanic showed a glimpse of that from his movie. The stunner is definitely one to watch for the message that accompanies the film and the strong acting of Karthik Aryan.

The blacklist season 9 episode 6: What the lack of an episode 6 promo means

Hellbound: The cast’s best shows and movies to watch