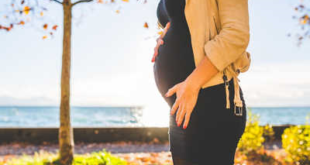 Ask: I am five weeks pregnant and have had constant pain in the left side of my abdomen for about a week. An ultrasound confirmed that it was not an ectopic pregnancy. I’ve read that the corpus luteum can cause this kind of pain, but I’ve never heard of it lasting that long. I’m a little nervous because I miscarried during my last pregnancy after having the same pain at the same time.

Constant left side pain during pregnancy? 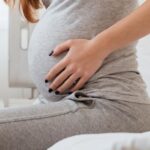 A: When we get symptoms that resemble a pregnancy that previously led to a miscarriage, we are right to be concerned. Actually, in the absence of an ectopic, this kind of pain is probably quite normal.

It could very well be a corpus luteum cyst that has persisted or a ligament that is stretching. If the uterus is inverted, tilted toward your back, the ligaments try to adapt to a new uterine position. The area next to the uterus is very sensitive, rich in nerve fibers. Of course, all other complications should be excluded, such as appendicitis, ovarian pathology and ectopic (as you have done). We should never consider this type of pain normal unless we have evidence that it is not one of the rare complications of pregnancy.

I wish you well and try not to worry too much.

How do you wear a belt?