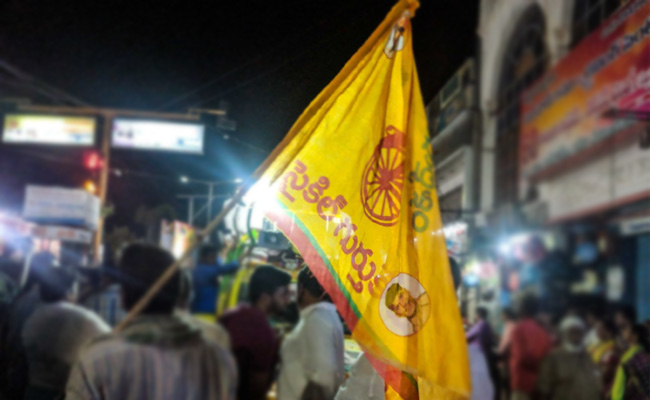 The Telugu Desam party is almost out of Telangana after the split of the combined state in June 2014. In the assembly elections held before the formation of Telangana, the TDP won 15 assembly seats, but all but three jumped into the TRS.

In the December 2018 elections, the TDP made a desperate effort to prove its existence in Telangana by joining forces with Congress and others to form a grand alliance. But it ended with just 3.5 percent of the vote share and two meeting places, one of which jumped into the TRS.

So virtually there is no TDP in Telangana now. It couldn’t even win a single seat in the recent election for the Greater Hyderabad Municipal Corporation, and its vote share dropped to about 1 percent.

Still, TDP President N Chandrababu Naidu doesn’t seem to have learned a lesson. Regardless of whether the party loses or not, he wants the TDP to compete in every election.

According to the latest reports, the TDP has decided to challenge the subsequent midterm elections for the Nagarjunasagar meeting place, which has become a matter of prestige for the Congress and the Telangana Rashtra Samithi.

In fact, the BJP itself is unable to fight there, although its stakes have gone high following the Dubbak victory in midterm elections and GHMC polls. However, the TDP wants to take the fight despite knowing he can’t even keep his deposit.

Party sources said the Telangana TDP has finalized Muvva Arun Kumar’s candidacy for the seat in Nagarjunasagar. Apparently, Naidu believes it is better to lose by fighting the polls than to admit the loss without a fight.

KGF: Chapter 2 teaser: Rocky vs Adheera in a battle of the ages