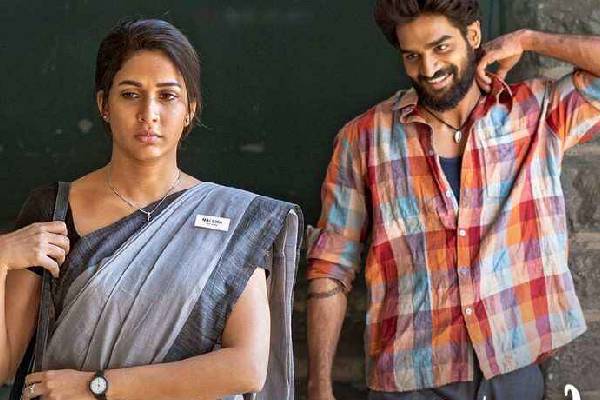 Basthi Balaraju (Karthikeya) is the driver of a hearse and is a custom of cremations and last rites of the people of the city. This turns out to be his life celebration. One fine day he falls for Mallika (Lavanya Tripathi) who is shattered after the loss of her husband. He loves her at first sight during her husband’s cremation. Balaraju takes his time and eventually convinces Mallika, after which the real story begins. The rest of Chaavu Kaburu Challaga is all about Balaraju’s mother’s backstory and the twist. Watch the movie to find out what exactly is happening.

The Tollywood audience has always supported out-of-the-box ideas, but these are only successful if the narration looks impressive. Chaavu Kaburu Challaga is a pale attempt with an interesting idea, but fails because of the treatment and the story. The biggest drawback of the movie is that Chaavu Kaburu Challaga lacks a strong emotional connection. Balaraju loves a girl who loses her husband and at the same time supports his mother for her second marriage while her husband is still alive. This does not appeal to all parts of the audience and is not told convincingly.

While the basic plan is compelling, the story looks weird. The public will not connect to the idea of ​​the hero representing a girl who has lost her husband. The protagonist continues to poke her all over, referring to a second marriage that promises her a great future. The other story of Basthi Balaraju’s mother does not impress the audience either. There are several sensitive episodes between the mother and the son, but they fall out completely. The public in Tollywood is frankly not that open-minded about accepting a son who proposes to his mother a second marriage while his father is still alive.

The interval block is quite emotional, but the logic isn’t well justified in the second half of the movie. Lavanya Tripathi, who strongly resists Balaraju’s love, soon falls for him. Delivery is rushed. The item number about Karthikeya and Anasuya is well recorded. The entire second half is a wash-out.

Karthikeya is doing his best in the role of Basthi Balaraju. It is performing well and it has even improved well. Full marks to the actor, but he doesn’t choose the right scripts. He is still counting on the success of the RX 100 and it is high time the actor made the right move. Lavanya Tripathi gets a de-glam role and she keeps the pace throughout the movie. Her character has no highlights. Aamani gets a decent role and she performed well. Murali Sharma is doing his part well as always. All other actors are good.

Chaavu Kaburu Challaga has an interesting plot, but the narration fails badly that the audience will never connect with most of the episodes. The emotional episodes have no impact. The screenplay and narration are the biggest disappointments for the film. The cinematographic work and background score supported the film well. GA2 Pictures’ production values ​​are good. Debutant Koushik tried new with an interesting plot with a philosophical twist. His attempt falls flat.

Chaavu Kaburu Challaga is an effort that never appeals to the public. A big surprise to the public would be how Geetha Arts supported such an endeavor.