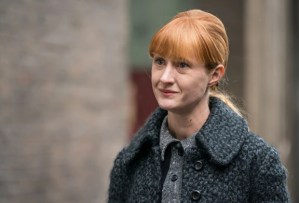 In a TV landscape full of medical dramas, PBS’ Call the midwife stands out as both a period piece set in the 1960s East End London, and a series that builds and entertains its audience with historical knowledge.

That tradition continued when Season 10 premiered Sunday and began in the spring of 1966. The main story centered on two married friends and neighbors, Audrey and Glynis, who were both nine months pregnant. Audrey was expecting her first child and Glynis, the mother of twins, was waiting for her third. Everything had gone smoothly until the two gave birth around the same time.

Glynis was so dilated that with the help of Sister Julienne she had to give birth to her beautiful daughter in the kitchen. And Audrey, who was about to give birth in her bedroom, stayed put and let Midwife/Nurse Lucille and Sister Frances lead the way. Audrey pushed and when her baby boy, whom she named Christopher, was born, he wasn’t breathing. He also didn’t have the lower half of his legs.

Sister Julienne intervened and came up with a solution to keep the baby on ice so that a very distraught Audrey and her equally heartbroken husband Derek could spend more time with the sweet baby, Christopher.

The next night, when Derek told an old army friend about Christopher’s birth defects, the friend told him that his daughter was born with three missing fingers. It was then that Derek, who had been suffering from cruel ulcers and coughing up blood even before Christopher’s birth, connected the dots. The two had done their military service on Christmas Island during “Operation Grapple”, when the British tested nuclear weapons from 1958 to 1959.

When Derek met Dr. Turner talked about his theory, the doctor realized that Derek and his guys had received radiation poisoning, which would explain the fetal abnormalities and Derek’s bloody ulcer. dr. Turner was also able to rule out thalidomide (first introduced in Season 4), as it had been taken off the market five years earlier.

Fueled by their angry statements, Audrey and Dr. Turner and Shelagh Turner find justice and answers for Derek and his fellow soldiers. Audrey and Glynis also made peace, and Audrey urged Glynis not to hide her daughter—or her joy—from her. 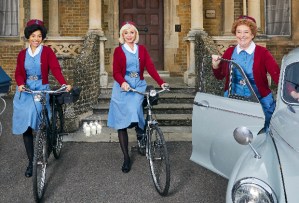 Elsewhere in the episode, Nurse Trixie began working at the Lady Emily Clinic, a private hospital for the affluent, to provide additional and much-needed income for Nonnatus House; and nurse Lucille helped her Caribbean friend Cyril find a permanent home. Sister Monica Joan struggled to walk again as she recovered from a broken leg—and her broken faith in God. And someone stole the World Cup.

What did you think of the season 10 premiere of? Call the midwife? Rate the opener in our poll and leave your thoughts in the comments.

What is toxin in Marvel’s Venom 2? Another symbiote in Sony’s universe