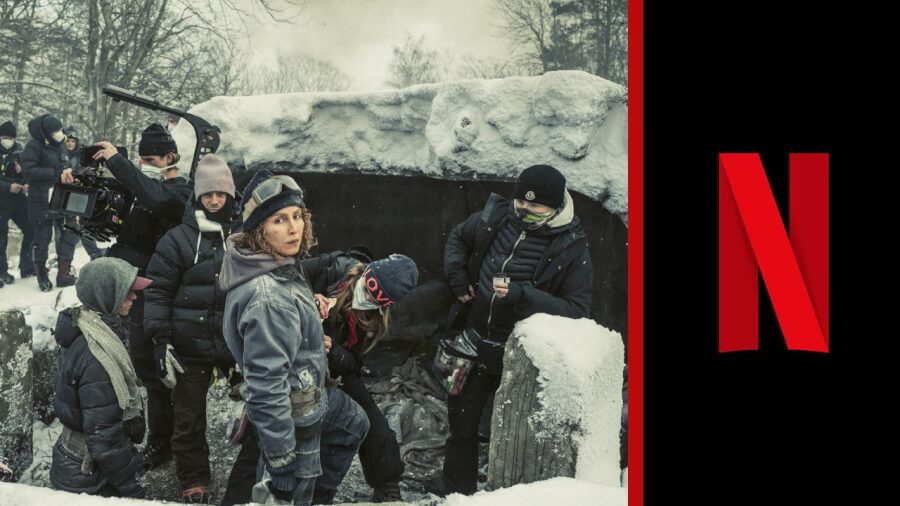 Netflix’s black crab will be led by Adam Berg, his feature film debut after a career in music videos (The Cardigans, A-ha) and commercials. Producers are Malin Idevall and Mattias Montero at Stockholm-based Indio.

“I am very excited to come back to Sweden and do black crab. My first Swedish film in years. I can’t wait to get dressed and go on this journey – explore human shadows and glide through broken dreams and a world on the brink. Survive at what cost?”

“This project combines so many great qualities: a compelling story, a strong creative team and, of course, an incredibly talented lead actress. We look forward to a great collaboration with Adam and the team at Indio and are confident that our members in Sweden and around the world will enjoy this film.”

“As a Swede you grow up knowing that you live in a land of peace and equality, all in all life is good and safe here. But lately we’ve all learned how vulnerable our societies are to pandemics, civil wars, global warming and economic chaos. What would it be like to wake up one day in a totally devastated and war-torn Sweden? Produce black crab is about flipping the coin and showing from a Scandinavian perspective what happens to humanity when chaos ensues. It’s a big production and a great challenge and thanks to Netflix we can tell this Swedish story to a worldwide audience.”

Here’s Everything Else We Know About Netflix’s black crab:

What is it about? black crab?

Netflix’s Black Crab is an adaptation of Jerker Virdborg’s thriller of the same name. Here is the summary of the book:

Black Crab is an existential thriller set in a civil war at a time that could very well be our own. From a military base near the coast, four soldiers are sent on a mission to carry some capsules further south to a research center. They don’t know what’s in the capsules; they don’t know each other; they hardly know what happens in war; yet they must perform this mission in the middle of the night on skates across the frozen sea.

Here’s the Official Story Synopsis for Netflix’s black crab as shared by the streamer in a press release:

black crab is a Scandinavian action thriller set in a post-apocalyptic world torn apart by climate change and war. During an endless winter, six soldiers are sent on a dangerous mission across the frozen sea to transport a package that could eventually end the war. Equipped with weapons and skates, unaware of what they are carrying, or who they can trust, the mission challenges their beliefs and forces them to ask themselves: What are they willing to sacrifice for their own survival?

Who has been poured in? black crab?

Netflix’s Leading Black Crab Is BAFTA Nominee Noomi Rapace, whose credits include: The girl with the dragon tattoo, Prometheus, Lam and much more.

Rapace gets company from Jakob Oftebro (The Letter to the King, Agent Hamilton, Norsemen), Erik Enge (Beck, The Bridge, The Sandhamn Murders), Dar Salim (Dictation, Borgen, Game of Thrones), and Ardalan Esmailic (The Rain, Rebecka Martinsson, Greyzone). The four can be seen in the behind-the-scenes image below:

“I am very happy and proud that such a strong cast is breathing life into this film and our characters. These skilled actors, their eyes, voices, faces and bodies will guide us through the story. They will make us feel the cruelty of war, the importance of hope in a hopeless world and the hard price to pay to survive, they will bring a beautiful humanity to the cold, harsh world that is the Black Crab.”

What is the production status of? black crab?

Netflix’s Black Crab was filmed in Sweden in 2021. While we don’t know many details, we do know that production has now been completed and the film is now in post-production.

Here’s a behind-the-scenes look at Noomi Rapace during the filming of black crab:

What is the Netflix release date for? black crab?

Netflix has officially confirmed that black crab will be released sometime in 2022. Given the film’s production status, we’d say the first half of 2022.

For more of the movies Netflix has planned for 2022, check out our full movie preview for the year here.