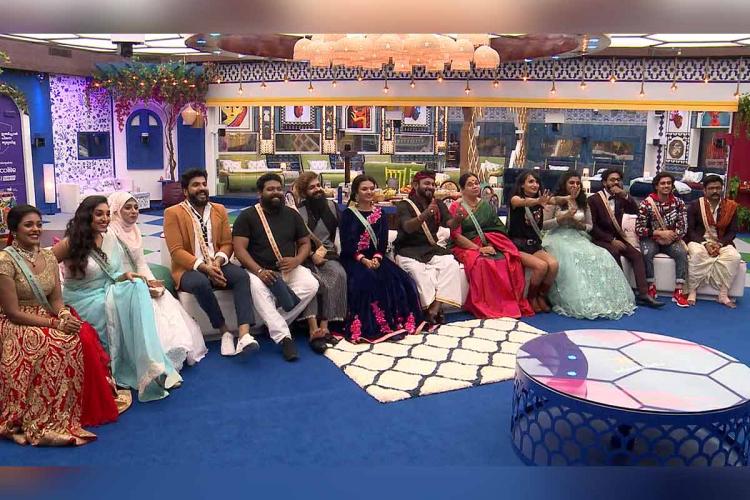 It was a shocking moment for every Bigg Boss Malayalam 3 contestant when host Mohanlal announced a double eviction for this weekend. Well this thrilling Sunday episode ended with a lot of laughter and funny moments where it turns out to be a joke played by Mohanlal on BB Malayalam contestants. It was a weekend without eviction of which the contents were unaware and which ultimately saved Sandhya Manoj and Adoney from leaving the BB house. Mohanlal had already hinted to inmates that the Sunday episode was going to be a fun episode, but no one thought it would. Also, only viewers knew about the joke and not the inmates of BB Malayalam.

During the joke, Mohanlal announced that both Sai and Rithu will be rescued from deportation in this ninth week. On the other hand, he asked both Adoeny and Sandhya to come out of the house. Although he said nothing more, but everyone expected Sandhya Manoj and Adoney to leave BB’s house and they are now being evicted this weekend.

When they left the house, both were hugged and the remaining participants also said goodbye to everyone. Adoney also said that although he has been evicted from the BB house, he is leaving with great pride. However, the host ended the joke, revealing the truth that no one will be evicted this weekend.

Aside from the joke, we also saw host Mohanlal in the Sunday episode having a discussion with inmates about ‘female preference’ in this Big Boss house. During the discussion, the host was seen asking BB contestants for their thoughts on the same topic and the female contestants are preferred in this game or not.

Now Bigg Boss Malayalam season 3 has finally entered its tenth week and you can see the competitiveness in the show as the season moves towards the finale. At the moment, seven contestants have already been kicked out of the BB house this season, such as Bhagyalakshmi, Majiziya Bhanu, Sajna / Firoz, Lakshmi Jayan, Michelle Ann, Angel Thomas, Remya Panicker. Now, in a new weekend eviction, Anoop, Sai Vishnu, Soorya Menon, Sandhya Manoj, Dimple Bhal and Rithu Manthra have been nominated for the tenth week.

According to some reports, Dimple Bhal and Rithu Manthra are most likely not leaving the BB house this weekend. However, in the 10th week of deportation, Sandhya or Sai Vishnu appears to be in danger and one of them may be able to leave the BB house.