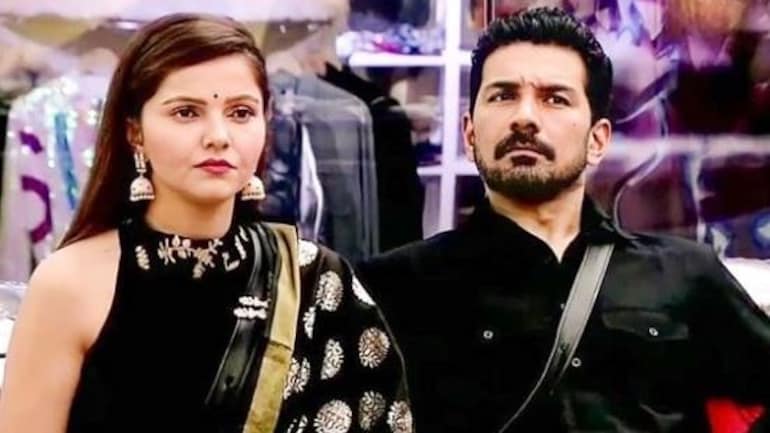 Tonight’s episode of Bigg Boss 14 kicks off with where Bigg Boss arranges the contestant’s couple’s meeting or the contestant’s love. Where Bigg Boss arranges Valentine’s Day special night and he calls Abhinav Shukla and he arranges the party and both meet. Then Abhinav again introduces Rubina Dilaik and she also answers him. When she sees Abhinav Shukla, she becomes happy. Rubina says she misses him very much and they both spend some quality time together. Basically, the episode will make you feel love for them.

Then Abhinav asks Shukla if she wants to marry him again then she says yes, then Abhinav says Bigg Boss helped them a lot. Then Rubina says that Bigg Boss enabled them to understand each other, and that’s how they got the strength too. After that they both dance and as everyone knows Rubina also said that they were both about to take over the divorce from each other and the reason behind the role of Bigg Boss is that they both wanted to give some time for each other. After that you will see the soft side of Rakhi Sawant where she says in Camera to Ritesh who is her husband. That they both haven’t celebrated Valentine’s Day with each other at all, she tells him that happy Valentine’s Day. Then she says that or she resides somewhere in the world, but she wishes him. Then she starts to entertain where she goes to the dummy head that is located in the Bigg Boss house. Then she starts applying the oil on their head and she says he has gone bald and that he now has to complete 100 seasons of Bigg Boss.

Last season of it, we got to watch that Bigg Boss calling some RJ Radio Jockeys. So that through them all housemates can send their feelings directly to the public, then they entered the house. Then RJ starts the quick fire round in which all housemates had to answer. All the questions asked by the RJ, all pertaining to a home like one of the RJ, ask them when the season started. Which area fell under Hina Khan, Nikki answers him.

Then the RJ told Rahul to sing the songs for all housemates according to their personalities. After that he sings many songs in which they appreciated him, he sang “Yaari hai Imaan” for Aly Goni because he is Rahul’s best friend. Then he sang the ‘Jaadu Teri Nazar’ song for Rubina and they both dance to that song. RJ said it’s a wonder they both danced together, and then RJ Salil came and he also asked them the same thing as Rapid Fire and Questioning round.