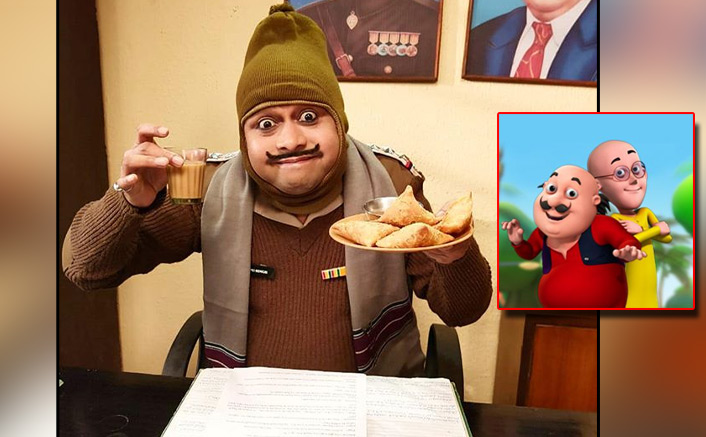 Bhabiji Ghar Par Hain is one of the most loved sitcoms among the Indian masses. It did receive criticism for the dual meaning of jokes, but that didn’t stop the show from enjoying a glorious run. Like the events on screen, behind-the-scenes stories are also very interesting. One of them has been revealed by Yogesh Tripathi aka Daroga Happu Singh.

When we talk about Daroga Happu Singh, his swollen belly, funny hairstyle and quirky mustache come to mind. Happu is one of the iconic characters of Indian television and spin-off, Happu Ki Ultan Paltan, dedicated to it, says a lot about its popularity.

During a conversation with The Moi Blog’s YouTube channel, Yogesh Tripathi spoke at length about his character. He credits Bhabiji Ghar Par Hain’s director Shashank Bali for Happu Singh’s success. From the belly to ‘paan’ addiction, every detail of the character has been added by Bali. He even revealed that cartoon series Motu Patlu played an important role in Happu’s development.

According to Yogesh Tripathi, the idea of ​​a quirky pointed mustache was lifted from a cartoon series, Motu Patlu. For the inexperienced, Motu’s character is shown with a pointed mustache and it is quite popular with kids. Surprising right?

Meanwhile, recently Saumya Tandon took an exit from Bhabiji Ghar Par Hain. It has since been rumored that Nehha Pendse and Shefali Jariwala are being approached for the role.

In response to such rumors, Shefali said: ‘I don’t know where the rumors started either. I wish I had known and I just stopped there. It was very important for me to clarify, so maine apne end se clarify karne ki poori koshish ki. And said I am not replacing Saumya Tandon. But even after Saumya left the show, Shefali plays Anita Bhabi revived again and I would like to clarify that the creators didn’t even approach me for this. Although it is a great character to play, but the creators ne mujhse koi bhi baat nahi ki hai. Benefit to tab hogi jab makers se cough benefit hogi, koi negotiation hoga. Kuch hua hi nahi hai. So I really don’t know where all these rumors started. Ism koi sachai nahi hai, ”reports SpotboyE.

How to watch the Men in Kilts series premiere live online