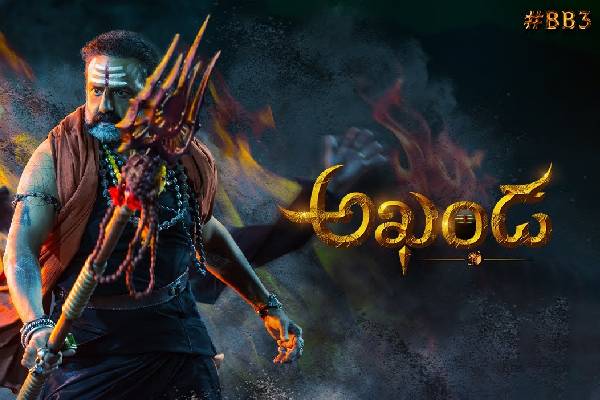 Balakrishna’s Akhanda Movie, Cast and Crew, Trailer and Other Details

The latest movie of Balakrishna is Akhanda and it is a Telugu action drama movie. The Akhanda is written and directed by Boyapati Srinu. The film team said in an interview that the character of actor Balakrishna will be very different compared to other films in the Telugu film industry.

The Akhanda is written and directed by Boyapati Srinu. Produced by Miryala Ravinder Reddy. Under the banners, Dwaraka Creations produced for this film. Balakrishna and Pragya Jaiswal, Meka Srikanth play lead roles in this film. The director is the third collaboration with Balakrishna. The film score is scored by S. Thaman under the banner of Lahari Music.

Adiga Adiga’s song has been released from the album. The song was a melodic song and a family song. Video images are very attractive and Shruti, SP Charan, vocals make this song much more beautiful. Ballayya looks very handsome and classy in the song and Pragya Jaiswal looks traditional in the video song. The editing and cinematographic work is done by C. Ram Prasad and Kotagiri Venkateshwara Rao.

While watching the movie trailer, it suggests that the Balakrishna takes on a completely different character. The movie trailer also features Balakrishna in the intense role of Aghora. While he is going to play a dual role in the film, one is Aghora and the other is a politician. The trailer received more than 56 million views on YouTube and received good response from the public.

The shooting of the Akhanda film is all set, but the post-production is pending covid pandemics. After that, the filmmakers have to decide on the film’s release date on November 17, 2021.