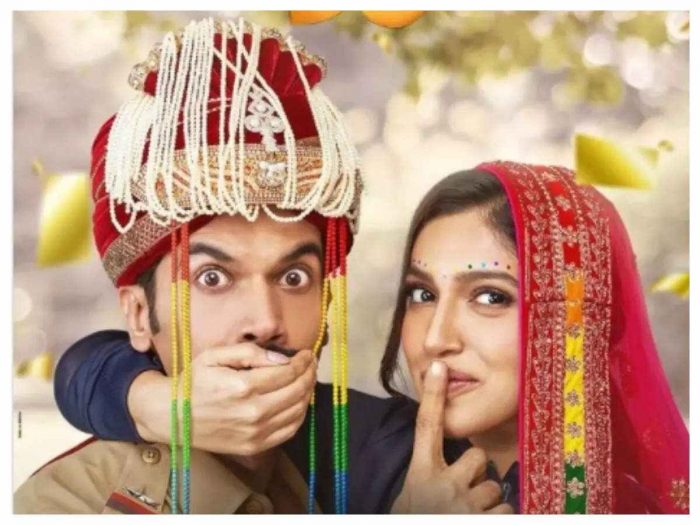 Badhaai Do Movie is a sequel to Badhaai Ho. The movie stars Rajkummar Rao and Bhumi Pednekar in the lead roles.

Rajkummar Rao and Bhumi Pednekar are ready to make you laugh with their comedy-drama, Badhaai Do. The film’s trailer will release tomorrow, January 25. Directed by Harshvardhan Kulkarni, it is a sequel to the National Award-winning 2018 film, Badhaai Ho.

The new version’s story and characters appear to be varying from the old one. In the latest poster, both Bhumi and Rajkummar seem to be keeping a secret from each other.

Rajkummar Rao is playing the role of a cop. On the other hand, Bhumi is a PT teacher in the movie.

Badhaai Do movie is all set for a release on February 4 and just days ahead of it the makers of the movie are leaving no stone unturned to brace viewers for its premiere. On Monday, January 24, Bhumi Pednekar took to social media to share a piece of good news regarding Badhaai Do’s trailer leaving fans excited.

Badhaai Do movie trailer release on 25th January 2022. The movie Trailer creates a sensation, within 6hours the trailer has reached more than 6million plus views on youtube.